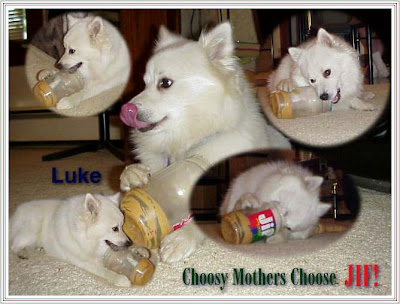 Part of my job as a blogger is to sit around analyzing seemingly unrelated news stories, establishing links that are often missed by the mainstream media. Usually, it really isn’t all that difficult. You would think the reporters could do this stuff themselves, except for the fact that they are all hyper-allergic to engaging in any form of speculation on issues of real importance, lest they offend their corporate masters and get themselves fired.

I’ve documented on this blog numerous times how Federal Reserve Chairman Ben Bernanke’s reckless Zero Interest Rate and Quantitative Easing policies have driven up the costs of food and energy around the world. Because the dollar is the world’s reserve currency, and thus is the preferred method of valuing commodities in international trade, any action that causes it to slip in value makes those commodities more expensive. In the case of agriculture products, the effect has been magnified because of poor harvests resulting from the recent run of historically bad weather. When these two factors combine, you get stories like this one last week from the Cleveland Plain Dealer:

Consumers fed up with the higher cost of filling up their cars and buying their morning java might now have to pay more for their PB&J.

Scorching hot, dry weather in the major peanut-growing states like Georgia and Texas has devastated this year's peanut crop.

Some plants shriveled before they could produce peanuts, while other plants got too hot to mature into anything edible. And some of the plants that did mature developed a toxin that makes them more difficult to process.

The U.S. Department of Agriculture is predicting this year’s peanut crop could be about 3.61 billion pounds, 13 percent smaller than last year's 4.16 billion pounds.

Bottom line: Consumers will see higher prices on peanuts and peanut butter at least through the winter.

"In my 20 years in the nut business, I've never seen peanut prices this high," said Marty Kanan, president and chief executive of the King Nut Co. in Solon.

I have a confession to make. Peanut butter is very much a guilty pleasure of mine. I got hooked on the stuff as a kid and I can’t seem to kick the habit. Good thing I have low cholesterol by heredity. That said; paying a higher price at the supermarket for my occasional jar of Jif isn’t going to break my bank account. The people this is going to hurt are the ones on the lower end of socio-economic ladder. Besides being tasty, peanut butter provides a cheap source of protein to those without a whole lot of money to spend, like, say, food stamp recipients.

I checked over the entire article and there wasn’t a single mention of climate change or the fiscal policies of the Federal Reserve anywhere to be found. There was, however, this quote:


(Executive Director of the Georgia Peanut Commission Don) Koehler said supplies are plunging just as consumption has reached record highs, which he credits to Smucker and its “Choosy Moms Choose Jif” commercials.

Smucker is the world's largest buyer of peanuts for roasting, he said.

"If everybody goes out right now and buys it off the shelf, it's going to take that much longer to replace it and cost that much more," he said. "If we can make it through this year," next year's crop looks much more promising, he said.

I’m not sure what rock Mr. Koehler has been living under, but I remember that same television advertising slogan for Jif peanut butter from when I was a kid decades ago. Attributing the increased demand to an advertising campaign old enough to BE a mom is simply daffy. The reason everybody is going out and buying peanut butter off the shelf, Mr. Koehler, is because they can no longer afford prime rib or even ground beef anymore. If you were a food stamp recipient with just $133 a month to spend on your sustenance, peanut butter might be high on your shopping list as well. And when you consider that the number of food stamp recipients has increased from around 27 million to over 45 million since 2007, the cause of the increased demand for the stuff isn’t too difficult to comprehend.

I guess it really is too much to expect mainstream reporters to stop acting like glorified stenographers just copying down without question whatever the people they interview tell them. But in a way I’m grateful, since calling them out on it is part of what makes blogging so fun and rewarding these days.
Posted by Bill Hicks at 6:40 AM