Friday Rant: Yo, New Jersey, Y U B Giving Snooki a Tax Break? 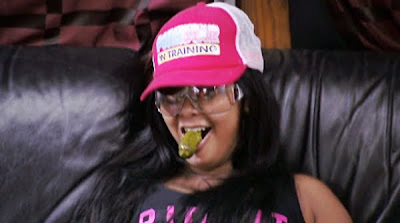 The state of New Jersey has been hit hard by the financial crisis. Like many other troubled states, it has struggled to reduce spending in state programs as tax revenues decline. Last spring, Governor Chris Christie battled publically with the state’s teacher’s unions over pay raises and layoffs. In January, the unfortunate city of Camden laid off HALF of its police force, with predictable results as reported by the Huffington Post:


New Jersey's most crime-ridden city has been even worse since nearly half the police force was laid off in January.

A Camden County Prosecutor's Office report obtained by The Courier-Post of Cherry Hill and the Philadelphia Inquirer shows there have been 79 aggravated assaults with a firearm this year in Camden, up from 22 during the same period in 2010. Shootings nearly doubled, increasing from 16 to 30.

Given the above, you would think that the “leaders” of the Garden State would be extra careful about not only about spending, but also who gets awarded any business tax credits. Well, as has happened so often before on this blog, your common sense assumption sadly hits well wide of the mark. Here is Talking Points Memo with the rather gruesome details:


A number of New Jersey lawmakers are outraged that the state has awarded a $420,000 production tax credit to the hit MTV reality show "Jersey Shore" because, as one GOPer put it, "I can't believe we are paying for fake tanning for 'Snooki' and 'The Situation', and I am not even sure $420,000 covers that."

On Wednesday, NJ.com reported that taxpayers would be paying the credit for the show's first season in 2009, as approved by the New Jersey Economic Development Authority.

But wait…before you run into your kitchen to retrieve a salad fork with which to stab out your own eyeballs, there’s more:


But, Christie's office said, "the Governor cannot veto EDA action that is in compliance with non-discretionary, existing law....The bottom line is that the governor has not been in favor of this tax credit, and this and other applications were in the pipeline from the prior administration.

Okay, now you can head for the kitchen. It’s all right; I’ll wait.

Because that is the only sane reaction one can possibly have upon reading this story. I just love how all the politicians in New Jersey are standing around with their thumbs up their asses pointing fingers at one another while claiming there is nothing they can do to stop this particular fiscal abortion. Gubbner Christie was a acting like a big ol' tough guy last spring, throwing his not inconsiderable weight around and calling the leaders of the teacher’s unions thugs and whatnot. But apparently all Snooki has to do is flex her bicep and bat a fake eyelash and suddenly he turns into a tub of goo.

Memo to Chris Christie: the last time I checked, that little “R” that appears after your name stands for Republican. And exactly when did the party whose most recent President once infamously referred to the Constitution as a “damn piece of paper” start giving a flying fuck about the rule of law? We can hold prisoners indefinitely at Guantanamo without trial, but you say you can’t veto a business tax credit for an utterly dim-witted reality television show? Give me a fucking break already. Even President Hopey-Changey had the balls to tell Congress to go fuck themselves when they started moaning on about the War Powers Act during the Libyan bombing campaign.

Could this be any more of a glaring example of just how far out of whack the priorities are in this country today? It was bad enough when Rutgers University used student tuition funds to pay a speaker’s fee for Snookie to come and give a talk on campus, but now we find out that apparently the entire New Jersey state government is made up of Rutgers alumni. Where is Tony Soprano and his crew when you need them? THAT guy was one Jersey dude who wouldn’t have been intimidated by the likes of Snooki.

(Editor’s Note: the title of this post is a tribute to the late author and blogger Joe Bageant, whose last ever blog entry before he succumbed to cancer early this year was so memorably titled, “America, Y Ur Peeps Be So Dum” We miss you, Joe.)
Posted by Bill Hicks at 6:51 AM