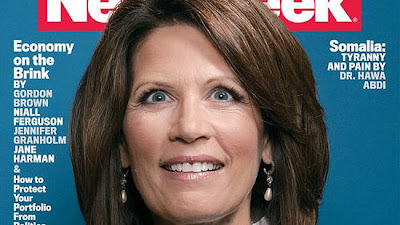 I swear, you just cannot make this stuff up. Here is RT.com, which might have a reason to take this story personally:


Even with Osama bin Laden out of the picture, America still has some big problems to worry about abroad. For one, there is still that looming threat of the Soviet Union. That’s what Michele Bachmann thinks, at least.

In an interview conducted today by Christian radio host Jay Sekulow, Minnesota Representative Michele Bachmann offered up her latest and perhaps funniest flub. According to the congresswoman, the USSR still poses a pretty big threat to the USA — even if the Union disbanded, oh, 20 years ago.

When asked on-air about what different people from coast-to-coast are telling Bachmann on her campaign trail, the GOP hopeful said that jobs and economy are obviously a big concern among Americans. That’s not all that’s on their minds, however.

“What people recognize is that there’s a fear that the United States is in an unstoppable decline,” said Bachmann. “They see the rise of China, the rise of India, the rise of the Soviet Union and our loss militarily going forward.”

And yet this is an individual to whom Newsweek magazine lent it's "credibility" by putting her on its cover as if she were a serious presidential candidate. Memo to Newsweek magazine: Your dead tree rag business model is all but finished. You're a dead magazine walking. And I for one look forward to the day when I can spit on your grave.
Posted by Bill Hicks at 7:34 PM