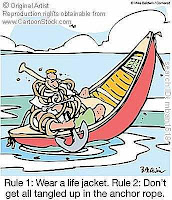 So, at the very last minute our great and glorious “leaders” ended the charade and voted to lift the federal debt ceiling and avoid a default. They more or less chose option number three of the four I listed in last Friday’s post, “GDP Checkmate – The Four Choices of the Apocalypse,” though with the way most of the spending cuts are pushed off into the future you could argue that it is actually closer to option two.

Either way, raising the debt ceiling is what I figured they would do all along, but I must say they ran it much closer to the precipice than I expected they would. Ultimately, maintaining business as usual at all costs was what won the day. Armageddon is avoided for now, and we are very much back in the slow crash mode we have been in since the financial system stabilized in early 2009.

So what happens next? Well, I’m glad you asked that question because in just about two months’ time we get to go through yet ANOTHER budgetary showdown. This time it will be over enacting the Fiscal Year-2012 federal budget, which starts on October 1st. In the run up to that date, we can expect the threat of a government “shutdown” once again as the Republicans try to extort still more cuts in social programs from the Democrats in exchange for passing a budget bill. The Republicans are like the kidnapper with a gun to the hostage’s head—the Democrats don’t know if there’s a round in the chamber, but they refuse to take a chance that the Republicans are bluffing even though both parties have a vested interest in keeping the dance going for as long as possible.

What’s most remarkable about the way this all played out, as you can see by the reactions of both liberals AND conservatives, is how both sides ultimately came out the worse for wear. Had the Republicans just taken Obama’s offer a week ago to cut Social Security and other entitlements with no tax increases, they would have won this battle walking away having finally succeeded in landing a blow against the Democrats’ sacred cow social programs, yet immunizing themselves from political attack in the next election.

Recent polls showed that a majority of likely Republican voters did not want the debt ceiling raised no matter what, so by holding out as long as they did they managed to enrage their base without deriving any significant additional benefit. Meanwhile, the same polls showed that Democratic and even independent voters wanted tax increases as part of the deal, so the Democrats have the same problem with their own base. As I mentioned in yesterday's post, Obama’s public approval rating plunged to a mere 40% this past week, which means he’s really going to need all of that Wall Street cash he’s raising if he has any hope of getting reelected.

What those polls reflect is just how badly the political system is broken. Dmitry Orlov must be smiling grimly at witnessing the very first indicators of his Third Stage of Collapse:


Stage 3: Political collapse. Faith that "the government will take care of you" is lost. As official attempts to mitigate widespread loss of access to commercial sources of survival necessities fail to make a difference, the political establishment loses legitimacy and relevance.

When “Fuck You Washington,” becomes the latest Twitter sensation, as it did this past week, I’d say we are well on our way to the political establishment losing legitimacy and relevance. Both parties are becoming rapidly discredited even among our Hologram-distracted masses. Looking at the crop of charlatans, frauds, zealots and hucksters vying to try to defeat Obama next year provides all the proof you need that the political system is rapidly coming apart at the seams. The latest Republican and Tea Party “mini surge” is for Texas Governor Rick Perry, who seems to be just as bat shit crazy as Michelle Bachmann, but even scarier because he’s able to hide it better.

In a way, I sympathize with those who say we should just go ahead and elect President Palin, or President Bachmann or President Perry and just get the whole collapse thing over with already. Any one of those three would almost certainly set the charges that would ultimately bring down the whole Imperial Project, and there is something to be said for that.

One last little note: I read over the weekend that China apparently sent numerous diplomatic demarches to the State Department this past week imploring the U.S. to get its fiscal house in order. As our biggest foreign creditor, The Middle Kingdom was apparently very nervous about the safety of all of its investments in U.S. Treasury paper.

Not to be a xenophobe or anything, but let me just say this to China as diplomatically as I can: Go to Hell. The first and most important role of any creditor is to assess the borrower’s ability to repay. You aren’t any better than the subprime lender that gave out a $500,000 mortgage on a McMansion to the mailroom clerk. By spotting Uncle Sam over a trillion dollars, you helped enable a decade’s worth of unbridled military aggression all around the globe. For that, you richly deserve to lose every stinking dime.
Posted by Bill Hicks at 6:34 AM