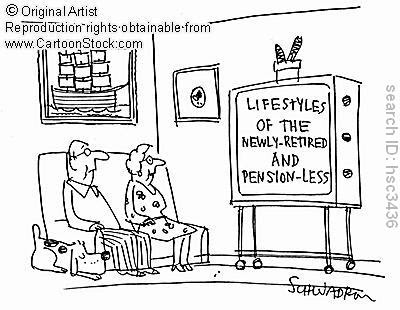 The hits just keep on coming. Here is a follow up on my post just this morning about Harry& David's soon-to-be-defunct pension plan. From Bloomberg today:


Corporate pensions in the U.S. are falling behind future payouts to retirees by the most this year as the U.S. economy slows, driving down bond yields that determine the plans’ future obligations.

The gap between the assets of the 100 largest company pensions and their projected liabilities has widened by $97 billion in August to $351 billion, actuarial and consulting firm Milliman Inc. said today in a statement. That compares with the record $446 billion deficit in August 2010.

“July was a brutal month for these pensions,” John Ehrhardt, a principal and consulting actuary in New York with Milliman, said in the statement. “Unfortunately it looks like we may be in for more bad news, with August off to a miserable start.”

Company pensions are a casualty of record low bond yields, a benchmark in determining future liabilities, that have been driven down by mounting concern that the U.S. economy is stalling. Pension plan assets fell $6 billion in July, while liabilities increased $62 billion, according to Seattle-based Milliman. Assets declined $64 billion and liabilities increased $33 billion between Aug. 1 and Aug. 8.

“We had a nice bounce on the assets since the financial crisis until the last month or so,” Ehrhardt said in a telephone interview. “The interest rates have been a tremendous drag on the pension plan funding.”

Yet another example of damned-if you do, damned if you don't. By artificially suppressing interest rates so that the federal government can continue to service its insane debt load, our financial "leaders" are greatly hurting the bottom line of these gigantic pension funds, which no doubt are "insured" by the already-broke Pension Benefit Guarantee Corporation.