University of Phoenix to Close 115 Campuses 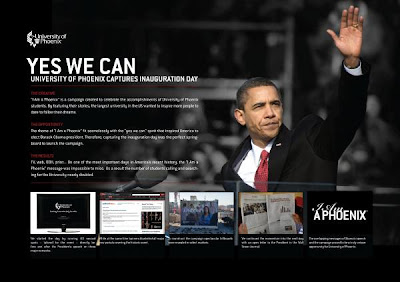 image: no they can't

One of the reasons I cut back my posting here at TDS is that I got so tired of wallowing in such a relentless heap of bad news. Everywhere I looked, the good guys and little folk were getting their asses kicked while the big boys and the greedy scumbags were continuing to prosper. So it is with very great pleasure that I link to following Bloomberg story about the notorious federal student loan-subsidized scam artists, The University Phoenix, finding themselves in deep financial trouble:


Apollo Group Inc. said Tuesday that its fiscal fourth-quarter net income tumbled 60 percent, hurt by higher costs and declining enrollment at the University of Phoenix. To cope, the for-profit education company plans to close 115 of the university's mostly smaller locations, a move that will affect 13,000 students.

The closings include 25 main campuses and 90 smaller satellite learning centers. At least one location in 30 states is slated to be shuttered.

The roughly 4 percent of Apollo students affected by the closures will be given the option of transferring to online programs or moving their course work to other sites, said University of Phoenix President Bill Pepicello.

If no other center is nearby, the company will continue courses at other space near the closed facility until students complete their degrees, he added.

The university is in the process of notifying students.

University of Phoenix currently has about 328,000 students, down from a peak of more than 400,000. Following the closures, it will be left with 112 locations in 36 states, the District of Columbia and Puerto Rico.

The announcement comes as enrollments overall in the for-profit sector are declining after years of rapid growth, even as enrollment in other sectors of higher education rises. Recent federal figures showed enrollment in for-profits fell 2.9 percent in 2011. The sector has faced tighter regulations and more pressure to enroll students who have a better chance of graduating.

Not to mention the possibility that maybe, just maybe, the students are finally catching on that the diplomas they have been saddling themselves with massive amounts of non-dischargeable student loan debt to obtain aren't fit to use as toilet paper. In this economy, with even law school graduates from reputable universities having a very difficult time securing decent employment, what chance does someone with a sheepskin from one of these scummy diploma mills going to have?

So yes, finally one of my many prayers have been answered and the big hand of fate has clenched into a fist to smite one of the countless predators preying upon the downtrodden and the desperate. Heck, if this keeps up I might just have to reevaluate this whole atheist thing I've had going.


Bonus: "By the time my head gets to Phoenix, you'll be on your way to school"