They Should Have Died Before They Got Old 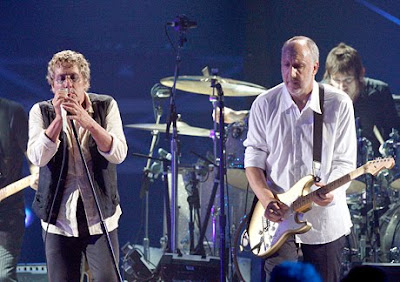 The Rolling Stones are seriously contemplating going out on tour again next year to celebrate their 50th anniversary as a band. I’ll pause for a moment and let the sheer horror of that last sentence sink in. Yes, you heard it right. A bunch of wrinkled up septuagenarians whose lead singer is going to squeeze his tired old bones into skin tight pants and try to prance around like he still has the sex appeal he lost back during the Reagan administration, are going to take the stage once more to bleat out “I Can’t Get No Satisfaction,” “Start Me Up,” “Street Fighting Man,” “Sympathy for the Devil” and a bunch of other once-risqué tunes that if the audience wasn’t freebasing on simplistic nostalgia ought to induce little more than uncontrollable giggling spasms. I mean, if your grandpa started mumbling the sexually charged lyrics to an old Stones song, you’d be sure to keep a close eye on him whenever the grandkids are around.

In fairness to Mick, Keith and Charlie, they are far from being the only rockers who have failed to recognize that they are now decades past their sell by dates and need to just go the fuck away already. Pete Townshend, for example, really should have taken his own advice and followed band mate Keith Moon’s example of dying before he could get old and become a creepy surfer of child pornography websites. Did you happen catch The Who’s pathetic Super Bowl halftime appearance a few years ago? The camera had to cut away from lead singer Roger Daltrey right before the famous scream at the end of “Won’t Get Fooled Again” so it wouldn’t be so painfully obvious that one of the greatest frontmen in rock and roll history was lip synching so he wouldn’t hurt himself from the effort.

Speaking of which, if you are a rock legend and you find yourself agreeing to play the Superbowl half time show, please do us all a favor and find someone to do to you what The Chief did to Jack Nicolson’s character at the end of One Flew Over the Cukoo’s Nest. There should be an automatic condition attached to induction into the Rock and Roll Hall of Fame which stipulates a lifetime ban for any musician who plays the Superbowl. Leave that superficial spectacle celebrating America’s endless addiction to mindless consumption to talentless cretins like Lady Gaga and Justin Bieber.

In fact, I would be willing to go even further and impose a Logan’s Run rule for all rock stars. You can have all of the fame, fortune, booze, drugs and groupies that you can possibly consume, but on your 40th birthday you have to turn yourself into the authorities for proper disposal before you get the chance to go out and debase your talents on a money grubbing nostalgia tour or have to start playing state fairs in order to make the rent. The same rule would also apply if you ever allow your waistline to expand beyond 40 inches. Honestly, no one but the most pathetic, no life member of the fan club wants to see your fat ass waddling around on stage in black Spandex.

There are just so many ways for aging rock stars to debase their legacy. In the past year alone, Sir Paul McCartney, once half of the greatest songwriting team in rock history, apparently lost his muse to the point where he was reduced to releasing a virtually unlistenable album of old big band standards. Strawberry fields are NOT forever, apparently. On this side of the Atlantic, former Velvet Underground leader Lou Reed made a desperate pitch to remain relevant by teaming up with heavy metal troubadours Metallica—and merely managed to prove that both acts really ought to just go fishing or something. And then there was the frightening spectacle of Aerosmith lead singer Steven Tyler doing time in the literal sense as an American Idol judge. C’mon, Steven, did all of the many millions you earned during your long career really end up going right up your nose? Apparently so.

In a way, the sad fate of so many old rock stars kind of mirrors that of America as a country. It must be admitted that we were pretty hot shit right after World War Two, with our undamaged “arsenal of freedom,” our rapidly expanding suburbs and our exploding middle class. As a nation we were young, we were HOT and everybody wanted to BE us. Well, except for those crazy old commies, and they didn’t really count anyway. Flash forward six decades, and now we are the wheezing, overweight Ozzy Osborne, still attempting to scream into the microphone while failing to recognize that we’ve become a big, fat joke with our hollowed out economy, rapidly deteriorating infrastructure and a middle class that is being slowly impoverished by the greed of our predatory elites.

These days, America is on its very own pathetic nostalgia tour, still trying to throw our now flabby weight around the world stage as if any discerning observer can’t tell that as a nation we are desperately out of breath and merely lip synching our lines. Yet the average American still sits like the fans at a Rolling Stones show applauding every note like it is still 1969 and Mick can still bang half-a-dozen groupies in his dressing room without popping copious amounts of Viagra tablets as if they were Mother’s Little Helpers. Someday, this show is going to end and the lights of reality are going to come on, and the Americans in the audience are going to stare in bewilderment at the revelation that the once great nation of their hopes and dreams has actually become a dried out, decrepit old carcass just going through the motions.


Bonus: A classic song from the one guy who has been the exception the old rock stars suck rule