Chickenhearted America Goes to the Movies 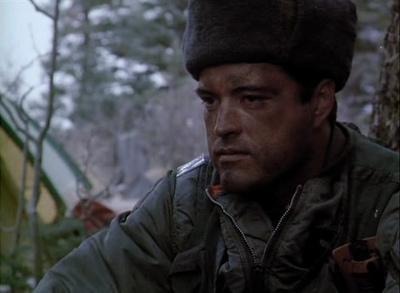 I have a confession to make. Back when I was in college during the mid-1980s, a cinematic guilty pleasure of mine was the Patrick Swayze-starring jingoistic farce, Red Dawn, which featured the exploits of a bunch of American high school kids turned guerrilla insurgents fighting back after a successful Soviet invasion of the American heartland. Sure, the premise of the film was highly improbable, but it was at least plausible in those final days before Mikhail Gorbachev rose to power and the Soviet colossus quickly fell apart. One would have thought, however, after the fall of the Berlin Wall and the collapse of the Soviet Union that Red Dawn would have receded to cultural irrelevance along with most other Cold War scaremongering entertainments.

Oops, not so fast. It seems that a couple of years ago Hollywood, in its ongoing quest to to remake literally every movie ever made and never, ever again produce a new or original storyline, finally scraped down far enough to the bottom of the barrel to resurrect Red Dawn for a whole new generation that has no memory of when Swayze was the hottest young stud on the teenybopper magazine beat.

There was only one little problem with remaking the movie, as the filmakers no doubt quickly realized, and that is that the Soviet Union does not exist anymore and old mother Russia just doesn't evoke the same sense fear and loathing in the popcorn-munching set. So in looking around for a new potential villain to be the fictional invader of the U.S., they no doubt read a breathless op-ed piece or two asserting that China will soon be the superpower that permanently eclipses America's hegemony in the world. Nevermind that China has virtually no ability to project its conventional military power beyond its immediate sphere of influence, nor that until recently the country did not even possess a single aircraft carrier. Also disregard the fact that the U.S. outpaces China by about seven-to-one in annual defense war spending, and maintains well over 700 military bases all around the globe: China would nevertheless be the cinematic enemy-du-jour for a new millenium of easily entertained moviegoers.

Unfortunately for the film's producers, in their rush to demonize the People's Republic they forgot that the overseas market has become vitally important to Hollywood's profits and that there are more than one billion potential customers who reside in China and might not take too kindly to being made the cartoonish bad guys who are mowed down by the courageous "Wolverines." Even worse, none of the idiots involved came to this rather obvious realization until after primary filming on the movie was already completed. Pajiba.com has the details of what happened next:


After getting slammed in Chinese state-controlled newspapers and shunned by distributors who are terrified of getting blacklisted out of the fifth largest film market in the world, MGM is now using CGI in post production to change all references to China to references to North Korea. As you can guess, this is quite the process given that the entire film is about China invading the United States. And of course it renders the entire film laughable since it asks us to suspend disbelief as a country the size of Ohio with an economy a tenth its size invades the United States.

A country, we might also add, which would have a very difficult time even conquering the southern half of its own peninsula, and which would likely be vaporized in an American counterattack if it ever tried. The plot of this dumbass movie as it will now be presented isn't just laughable, it is as absurd as asserting that the world is flat and that the sun is a baseball sized disk which revolves around it every day. Of course, one delicious irony to note here is that in the original version of Red Dawn China was said by Powers Booth's character to be America's wartime ALLY.

I should have found this whole story extremely amusing, but instead it only depressed me for what it says about the current state of affairs in this country. Since the fall of the Soviet Union nearly a quarter of a century ago, America has stood unchallenged as the lone hyperpower that has the capability to invade and occupy virtually any other nation on the planet. Moreover, the post Cold War international neoliberal economic system enforced by that overwhelming military capability ensures that Americans are able to continue even today to consume roughly a quarter of the world's resources despite having a mere 5% of its population.

And yet, as the very existence of the Red Dawn remake shows, there is still a significant portion of the populace which sincerely believes that America is under seige and that our precious so-called liberties and freedoms could be stripped away from us by a foreign power at virtually any moment. The majority of Americans are so completely ignorant of anything that happens beyond their own borders that despite all of the disproven lies told to them by their own government about Iraq and Afghanistan during this past decade they can still actually be convinced that pipsqueak powers like Iran and North Korea pose any conventional military threat to the homeland whatsoever.

After the demise of the Soviet Union, the warmongering neoconservative right and the repulsive "liberal hawks" who completely dominate the Washington foreign policy establishment desperately needed to whip up other threats to scare the voters so that they would continue to consent to a gigantic portion of the public treasury being given over to the parasitic military industrial complex every year. It is only because the average American is so profoundly ignorant of the real state of the world that they are able to get away with it.

So no, I will obviously not be going to see the Red Dawn remake when it hits the theaters next month, not even as a guilty pleasure. One might be tempted to write the movie off as harmless escapism, but for the fact that so many millions of our fellow citizens long ago lost the ability to discern the difference between reality and mindlessly militant propaganda.