Karl Denninger is Angry that the NRA Endorsed Romney 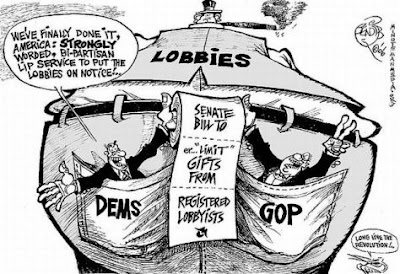 The prevailing mythical narrative that Americans still live in a representative democracy in which the choices at the ballot box actually matter is so pervasive that it continues to affect the thinking of even that small minority of the population who at least question the prevailing Holographic consensus. Case in point: economic blogger Karl Denninger of the Market Ticker, who on Friday was shocked, SHOCKED that the National Rifle Association would stoop to endorsing Willard Mitt Romney for president:

“In this election, there is no debate,” LaPierre said in a statement. “There is only one choice – only one hope – to save our firearms freedom and our way of life.”

So what got ol' Karl all hot and bothered? I'll let him tell you himself:


Let me remind you what Mitt Romney actually believes when it comes to firearms, from Mitt Romney's own mouth.

"Deadly assault weapons have no place in Massachusetts", Romney said, at a bill signing ceremony on July 1 with legislators, sportsmen's groups and gun safety advocates. "These guns are not made for recreation or self-defense. They are instruments of destruction with the sole purpose of hunting down and killing people." - July 1st, 2004 -- Mitt Romney

If this is the only choice and only hope we may as well give up now.

Join JPFO (I have) and tell the NRA to stick their fundraising appeals up their ass.

I've said before that I have a soft spot for old Karl, even though he is wrong at least half the time. He at least understands that America's economy is horribly broken and that our fearless "leaders" are doing nothing whatsoever to fix it. The difference between Karl and me is that, as shown by the example above and in many of his other writings, he still seems to believe that the system is salvageable despite the obvious truth flashing right before his very own eyes.

Look, I don't care what your position is on the right to bear arms. It just amazes me that Karl, or any other gun owner or NRA member still believes that the likes of Wayne LaPierre and Chris Cox actually give a flying fuck about the Second Amendment and the rights of gun owners. They don't. What those two power whore super lobbyists care about is keeping the dues of dimwitted NRA members flowing in so that they can keep their exorbitant salaries and benefits, fat expense accounts and access to all the perquisites that come from being deeply embedded within the Washington power structure. If tomorrow they were to realize that the political winds had suddenly changed and that they could only keep their positions by turning against the rights of gun owners, they would do it in a heartbeat. No doubt about it.

So how can I be so certain of that? Well, just look at the asinine and hysterical rhetoric in LaPierre's statement: “There is only one choice – only one hope – to save our firearms freedom and our way of life.” Not only is Wayne making that assertion on behalf of Romney despite, as Denninger points out, Willard's earlier anti-gun position, but he is making it to assist a campaign against an incumbent president who has not only not lifted a finger in favor of gun control, but is actually the gun lobby's most effective tool for keeping the progressive gun haters in his own base at bay and away from any chance to tighten America's gun laws. The gun control advocates had a perfect chance to advance their agenda after the public outcry in the wake of the Gabby Giffords shooting, and what did Obama do to help them? Nothing. Do you really think LaPierre isn't smart enough to know this? If so, there's big phallic granite tower planted square in the middle of the Washington Mall with only minor earthquake damage that I'd like to sell you.

The fact is that the political landscape on gun control issues has been frozen in ice for at least the last decade. The Republican Party is owned by the gun lobby and the Democrats are so afraid of the NRA's power that they might as well be. But LaPierre cannot level with the NRA's membership and say that because then the organization's fundraising might dry up. It's a political con job...the same kind every other lobbying group in Washington pulls, from AARP to NOW. It is yet another way that the elites use the illusion of real democratic choice to con the masses and steal both their money and their votes.

I'm going to go ahead and expand my original rule about contributing to political campaigns to include contributing to lobbying groups...if you are not a millionaire or a billionaire and yet you give any of your hard earned money to lobbyists who care more about their own power and perks than they do about the issues that got you to contribute, you're an idiot. Really, you would be just as well off sending your money to me. I promise, I'll spend it on nothing more harmful to the cause than a few cases of good microbrews.


Bonus: "You well heeled big wheel...ha ha, charade you are"