A Nation of Idiot Savants 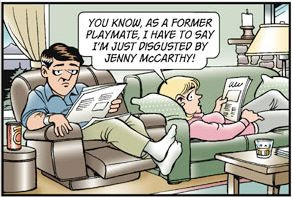 I was attending a sporting event with my wife not too long ago. It was a nice day, the sun was shining, a light breeze was blowing and the crowd was amped. We were looking forward to a good time, and one might have been had but for the appearance of a group of the worst sort of omnipresent invasive species: the loud, obnoxious, idiot American sports fan.

Let me paint you a picture. There were four of these dopes--white, middle aged, overweight, slovenly dressed and clutching cans of pisswater lite beer in their chubby digits--and they unfortunately had the four seats right behind us. And they were of the type I have seen all too frequently at ballgames in recent years, meaning that they spent the whole game when not texting or yapping on their cell phones talking loudly as if the whole section around them was breathlessly waiting to hear every pearl of wisdom that fell from their lips.

Though they were drinking, they were not intoxicated, which would have at least been an excuse for acting like such louts. They were also not being belligerent towards other fans, which might have at least given the rest of us the blessing of seeing them get kicked out of the stadium. They were instead just determined to prove to everyone around them what absolute fucking morons they were. Seinfeld may have been the "show about nothing," but Jerry, Elaine, George and Kramer sitting around the local diner were a gathering of nobel laureates compared to these four fucktards.

For example, at one point one of the morons, who as he repeated over and over and nauseum, was a Baltimore Orioles fan, started going on and on about he always gets dirty looks from other fans whenever he is in a stadium outside of the state of Maryland and upholds the Baltimore tradition of yelling out "Oh" for "Orioles" during the "Oh" portion of the national anthem. After several minutes of him and the other morons agreeing that buying a ticket means he can do whatever he wants once he's inside the park, he summed things up by saying "After all, I'm from Baltimore, where we WROTE the national anthem in 1776." Bad enough that the dumb fuck insists on persisting with his boorish behavior despite knowing it is not appreciated by other fans, but despite being from Francis Scott Key's hometown he didn't even know that THE FUCKING STAR SPANGLED BANNER WAS WRITTEN IN 1814. And yet this was something he apparently feels PASSIONATELY about.

That same moron then went on to describe how just this year he had finished his goal of visiting every major league ballpark around the country and his buddies were describing their own progress in doing the same. Not that any of them really seemed to have much of a clue what was going on down on the field, or even fucking CARE for that matter--spending what would have to be tens of thousands of dollars attending Major League Baseball games appeared to be just something to occupy their time that they could then brag about with their friends.

As we were leaving the stadium that day, my wife and I were reflecting on how the experience was diminished by the presence of the louts behind us, and I said that what amazed me was that someone that fucking stupid could somehow make enough money to be able to afford to fly around the country attending professional sporting events. And that's when it hit me...that guy and his three buddies must each have some particular talent or skill that makes them highly marketable in a certain job field (I have no idea what, for despite all of their inane blather during the couple of hours we had to endure their presence none of them ever mentioned what they did for a living).

Multiply those four assholes by tens of millions and a picture starts to emerge of just how America has gotten into its current predicament. We've become a nation made up largely of idiots savants, people who are good enough at one particular thing to make a decent living but have no fucking clue about virtually anything else. It certainly goes a long way to explain, for example, how our most recent presidential election campaign has managed to devolve into the utterly banal and trivial spectacle that it has without the citizenry rising up in arms about it. My four buddies never once talked about politics that afternoon (thank Christ) but I guarantee you that you could search far and wide and have a difficult time finding four less informed potential voters.

Thinking about it some more, calling America a nation of idiot savants is actually an insult to real idiot savants who would never pretend that they understand or have any competence in anything beyond their narrow range of superior talent. Americans, on the other hand, because they were blessed with a particular ability, but more importantly were lucky enough to have been born atop the largest pile of natural resources ever bestowed upon an individual nation, in their hubris have come to believe that they possess superior knowledge and opinions about EVERYTHING, even often while simultaneously proclaiming their pride in their own fucking ignorance. That's how, to use a particularly regrettable example, Jenny McCarthy could come to believe that she alone knows more about what causes autism than the entire medical establishment because she's got big tits and horny American men are willing to pay her big bucks to see her take her fucking clothes off.

This whole country would be so much better off if more people would recognize that they are not as smart as they think they are and if they would at least try to do their basic duty as citizens and become informed as to what's really going on in the world. Oh, who am I kidding? There is a classic line in the World War One novel, A Long Long Way, by Sebastian Barry that perfectly sums up the real problem: "The curse of the world is people thinking thoughts which are only thoughts that have been given to them." The oligarchs in America have made it so damn easy for the ignorant fools not to ever have to think an original thought. People like my four buddies will keep bumbling along through their comfortable lives, until one day they wake up in shock and awe, wondering how suddenly it all got taken away from them and who could possibly be responsible without ever once looking in the fucking mirror.