Friday Rant: Why I’m Hoping the NFL Season Will be Canceled 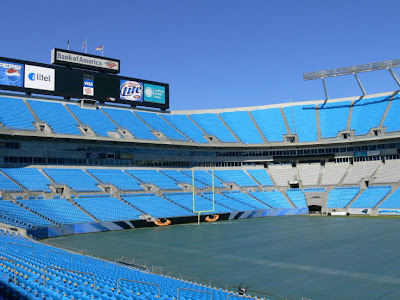 I should start off today’s rant by affirming that I am not someone who dislikes sports. In fact, I grew up a passionate fan--especially baseball and football. As an adult, I was an NFL season ticket holder for 13 years, and this past season was my first without attending the games in person since the mid-1990s. So you can rest assured that this piece is not just some masturbatory screed from an effete intellectual hater of modern day professional athletics who is overcompensating for being picked last all throughout his childhood.

It has become painfully obvious in recent years that the purpose of the mainstream media is to serve as what the late Joe Bageant used to call the “American Hologram,” distracting the masses from noticing how they are being robbed blind by the corporate and Wall Street elite who own that very same media. From celebrity spectacles, to reality shows, to official propaganda presented as “news,” hundreds of cable and satellite teevee channels are dedicated to pulling the wool over the eyes of the bovine herd whose minds have become as flabby as their waistlines.

No other entity serves to provide a greater volume of utterly vapid content to the voracious American media machine than the National Football League. Believe it or not, there was actually a time not terribly long ago when professional football received attention only from the opening weekend in September through the championship game in January. Nowadays, however, thanks in large measure to omnipresent cable network ESPN—which has regrettably done to sports programming what MTV has done to popular music—coverage of the NFL lasts all year long; from the interminable run-up to the spring draft, through an endless series of minicamps, to the mid-summer training camps, to a month’s worth of meaningless exhibition games, to the overly long regular season, to weeks and weeks of playoff games and finally culminating in February with that most quintessentially excessive of American secular holidays, the Superbowl.

Here in Washington, debates about who deserves to win the Redskins’ backup tight end position are treated with more seriousness and deliberation than whether our nation should go to war yet again. The local media outlets pay blow-dried ex-jock pundits big bucks to analyze the solemn utterings of the head coach with the same gravity as if he were the president giving his annual State of the Union address, and a Redskins loss on Sunday is considered a much greater tragedy than the latest reports of civilian deaths inflicted by our military as part of the so-called global war on terror.

Our national obsession with the sport goes way beyond obscene. As the season approaches, millions of fans with way too much time on their hands spend countless hours neglecting their families while anxiously deliberating whom they are going to draft for their fantasy football teams--putting far more thought into which player is going to be their backup running back than to which candidate they are going to vote for on Election Day. Televised NFL games spur sales of gigantic flat screen HDTVs, because it is so very important to be able to clearly see every pore of the acme on the face of some poor schulb sitting in the stands during the countless crowd shots shown in between nearly every play.

The broadcasts themselves have become an orgiastic display of mindless consumerism. Every season, the commercials for that holy American trinity of beer, cars and fast food get dumber and dumber in a race to find the lowest common denominator that seemingly has no end. It all culminates on Superbowl Sunday, which has become such grotesque marketing spectacle that even non-fans tune in by the millions just to watch the latest collection of slick sewage spewed forth from the minds of Madison Avenue hucksters designed to convince the proles to spend money they don’t have on shit they don’t need.

Even worse than watching the games on television is actually attending in person--packed into a crowded stadium with 75,000 of your fellow human beings screaming like banshees on every play. Pulling into the parking lot before an NFL game, it doesn’t take long to realize why there is no hope of convincing Americans to power down their lifestyles voluntarily before peak oil does the job for them. Every other car is a Hummer, a big ass pick ‘em up truck or supersize SUV; and every other fan driving them is supersized as well—their favorite player jerseys fighting desperately to conceal their protruding bellies and the seams of their blue jeans straining against the pressure from all that cellulite. These people not only believe in American Exceptionalism, they eat it as well.

Endless displays of patriotism precede the game itself, and it seems to get worse the farther the nation sinks into the abyss. There was once a quaint time in America when before a major sporting event someone just sang the National Anthem and that was that. Nowadays, before the anthem is played a military honor guard appears accompanied by the strains of “God Bless America” and the hideously jingoistic “Proud to be an American.” The anthem itself is often accompanied by a flyover of air force jets, which never fails to get the crowd roaring as if they have just witnessed the emperor giving thumbs down to a wounded gladiator. If the game is being broadcast on Fox, every commercial break will feature a shot of soldiers stationed overseas waving at the camera and greeting the folks back home, because there is no American institution too sacred to be exploited by expatriate billionaire Rupert Murdoch in pursuit of his right wing political agenda.

Perhaps the most ridiculous aspect of the so-called “labor” dispute between the NFL owners and the players that is threatening to cancel the season is the all the angst it is causing among so many fans who will not earn as much money during their whole working lifetimes as many of the players do in just one season. It’s the millionaires versus the billionaires, and yet dopes who have barely a pot to piss in are choosing sides in the dispute.

So you can count this recovering NFL fan as one who is rooting for the standoff to continue indefinitely, bringing us autumn Sunday afternoons of silent stadiums, empty sports bars and billiard matches on ESPN. It is probably far too much to hope that the cancellation of the NFL season might cause millions of dazed fans to snap out of their collective trance and wake up to how their nation is being stolen from them by the predatory elites who run in the same social circles as the NFL owners.

No, that is certainly far too much to hope for. But as I’ve said before, it’s my blog and a man can dream, can’t he?
Posted by Bill Hicks at 6:11 AM