Friday Rant: Unlike in the Movies, in Real Life Americans HATE the Underdog 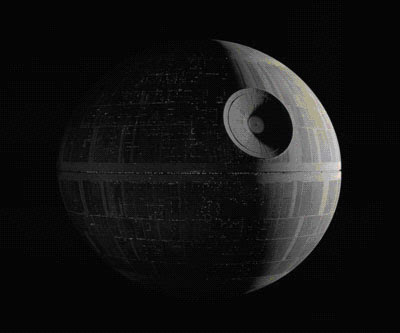 It’s a standard cliché to say Americans love the underdog. Certainly you would get that impression if you have spent any time watching popular American cinema. From Rocky to the Karate Kid to The Blind Side, we just can’t seem to get enough of stories where plucky, determined protagonists with the odds stacked against them rise up through sheer will and determination and win the day. It’s even sweeter when those that oppose them are rich and snooty, so much the better to see the dismayed look on some second rate actor’s face when the hero/heroine sticks it to them in the climatic scene. Pass the popcorn, ma, that there is some mighty fine entertainment.

Probably no other movie in our culture benefited more from this supposed American love for those who overcome the odds than Star Wars. George Lucas’s low budget space opera was really nothing more complicated than an old western taken into outer space. The story line couldn’t have been simpler—the good guys were the brave rebels risking all in their battle against The Evil Empire, led by a bad ass dude who dressed in all black and choked his subordinates whenever they displeased him. It was the quintessential mythical American feel good story, and became a cultural phenomenon while not incidentally helping to make Lucas one of the richest men in Hollywood.

Problem is, all those American moviegoers who flocked into the theaters to watch the antics of Luke Skywalker and his otherworldly companions were actually rooting for the wrong side. For Americans may love the rebel forces in the movies, but in real life they have proven time and again that The Evil Empire is much more to their liking.

Oh come on, Bill, I hear you saying. That’s not true. Americans have an innate sense of fair play. You are just being a cynical old meanie, as usual.

Really? Well then, allow me to present exhibit number 1: George W. Bush. If Americans love the underdog so much, how come we were so pathologically determined to install into the highest office in the land the idiot son of a previous mediocre president? Here was a man who went to the best schools only because he was a legacy, used his daddy’s connections to dodge out of going to fight in a war he and his family supported, failed at every business opportunity his daddy’s friends set him up in and spent the first half of his life wasted to the gills. There is no more shining example of an asshole who was born on third base and thought he hit a triple, and yet half of the American electorate cast a ballot for him and the rest hardly uttered a peep when he was installed into office by judicial fiat.

To make matters worse, in the wake of that election a large segment of Americans then heaped scorn and derision upon a man who had spent his entire adult life working tirelessly on behalf of the little guy just because he had the temerity to run a third party presidential campaign that they blamed for Bush’s victory rather than the shortcomings of their own preferred candidate. There were the so-called liberals, the ones who are supposed to be the guardians against economic oppression by the elites, trashing Ralph Nader rather than questioning why exactly Al Gore couldn’t arouse any passion among an electorate that had just witnessed eight years of a Democratic administration Gore was second-in-command of selling the working class out to Wall Street every step of the way.

Need another example? Only in a pathologically money-obsessed culture could the likes of the deranged Donald Trump become a major media figure. Trump is the perfect anti-underdog; a rich, arrogant, blowhard jerk admired for his ability to swing business deals that consolidate wealth at the expense of wages and job security for working people. If our society really did view real life the same way it does the movies, Trump long ago would have been besieged by a mob of the unemployed, had that hideous rug ripped from his scalp, and been tarred and feathered and chased over the border into Canada. Instead, the bastard gets his own reality show and tens of millions of working mopes cheer as he berates and humiliates the contestants every week.

Our so-called love of the long shot doesn’t even translate into the world of sports anywhere other than on the silver screen. Major league baseball is dominated by worship of the Yankees and the Red Sox, two franchises that often spend more money on just one player than some others do fielding their entire teams. Millions of people with WAY too much time on their hands tuned into to ESPN for an hour to watch attention whore LeBron James make the simple announcement of what team was going to shower him with more cash for every game he plays than any of them will earn in a year. And let’s not forget the supposedly more genteel sport of golf, where before Tiger Woods was laid low by a sex scandal, 99% of its fans worshiped the hallowed ground upon which the world’s first potential billionaire athlete walked.

But it’s in the international arena where America most behaves like the Evil Empire, to the cheers of domestic Star Wars fans everywhere. The empire’s legions roam the globe, dropping drone missiles on top of any goat herder’s wedding party in countries where the locals are unfortunate enough to be living on top of vital energy resources and actually have the audacity to insist that they should be allowed to live their lives free of American meddling. You’d think, given our alleged love for the small fry, Americans would be outraged at this injustice and demand that our military stop butchering civilians in our name, but you would of course be wrong. Instead we plaster yellow ribbons on the back of our cars, drape an American flag on anything that doesn’t move quickly enough and warble “Proud to Be an American” at top volume during every ball game.

Yep, in real life Americans love the big dog. We throw out our chests and repeatedly proclaim that we live in the greatest nation in the world. Buy me some more fireworks, hon, I’m gonna blow some shit UP this July Fourth.

The only problem is, there’s a bigger dog out there, a nemesis that will make us pay dearly for our hubris. It’s called Peak Oil, of course, and when the day comes that wheels of the American war machine come grinding to a permanent halt, Americans will finally know, once and for all, what it really means to be the underdog.
Posted by Bill Hicks at 6:58 AM