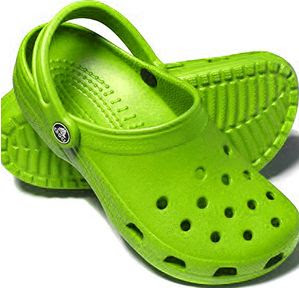 Continuing the recent run of bad economic news, an S&P/Case Shiller report on Tuesday confirmed that U.S. home prices in most major markets have resumed falling after stabilizing for a couple of years thanks to countless billions of dollars carelessly thrown at the problem by Congress and the Obama administration. For the first quarter of 2011, prices were found to have dipped 2.9% below their previous post-crash lows set back in the first quarter of 2009.

This should really not have been a surprise to anyone who has been paying attention to the state of the real economy these past few years. And yet, in the CNBC story about the Shiller Report, we get this little nugget:

"Just about everybody agrees we're going to miss the seasonally strong period in 2011, which we should be at the very beginning of right now with May, but nobody thinks that will make any difference," says S&P's David Blitzer. "Everybody's now keeping their fingers crossed for 2012 and wondering whether people just don't want to own homes anymore."

That last sentence is what really took my breath away. I have no idea who David Blitzer is, but presumably he gets paid a lot of money to think about and analyze what’s going on in the economy—the housing market in particular. Sadly, like many people who get paid to pontificate in our mainstream media, he either doesn’t have a clue or he is deliberately concealing the truth.

Let me dispense with the second part of that last sentence first. Is Blitzer really that obtuse to think the reason Americans have stopped buying houses is because they don’t want to—as if owning a home were akin to buying a pair of Crocs shoes, lots of fun when everyone else was doing it but now terribly out of fashion? Earth to David Blitzer: people still WANT to own homes. Home ownership is still the basic foundation of the (dying) American Dream. That hasn’t changed. What’s changed is that now people can no longer AFFORD to buy homes. Or maybe you missed all that economic data showing that America currently has about seven million fewer jobs today than it did in 2007, or that that most of the jobs that have been created since the depths of the Great Recession barely pay above minimum wage. What exactly are the unemployed supposed to USE to buy a new home with—food stamps?

As for the first part of that last sentence, it could serve as a motto for our financial punditry and political “leadership” in general. Just cross your fingers and hope everything gets better. While you’re at it, you should rub a pair of ruby slippers and chant “there’s no place like home.” Both actions are likely to be just as effective.

It is now nearly three years after the market crash of 2008, and if you want to know why America refuses to face up to reality you need look no further than the sheer blithering idiocy that passes for expert analysis on the economic front. This issue has been beaten to death in a number of quarters since the crash, of course, but that doesn’t lessen the shock that comes with the continued appearance in the media of statements like Mr. Blitzer’s. All he and his ilk can do is shake their heads in exasperation when the bad news hits, and repeat that same lie they have told themselves and everyone else over and over since 2008, “Nobody could have predicted…”
Posted by Bill Hicks at 6:22 AM