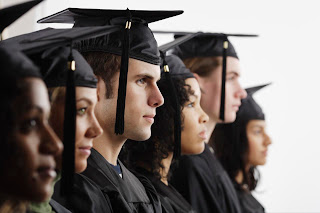 I’ve written on this blog time and again about the current dreadful state of the American economy, at least for many in the working and middle classes. Most of what I‘ve said here has been based upon media articles or on the parsing of economic statistics. There is plenty of evidence out there for anyone who cares to cut through all of the mainstream media obfuscation that a lot of economic pain is being inflicted upon a whole lot of people.

More rarely do I actually have a chance to see the real world effects of what I write about up close and personal. I live in the Washington, DC, metro area, which has been, largely due to the massive increase in federal government deficit spending since the beginning of the economic crisis back in 2008, a relative bubble of prosperity amidst the economic calamity going on in much of the rest of the country.

This past week, however, it all hit home unexpectedly when my wife offered up the use of our spare bedroom to a young college graduate from out-of-state whom she had met at a professional conference when the young woman was still a student. My wife arranged for the young lady, whom I will call Leslie, to meet with some of her professional contacts as part of her ongoing career search.

Leslie spent several days getting together with the people whom my wife had arranged for her to meet and spreading her resume around to anyone willing to take a copy. She had finished her Master’s Degree this past spring, graduating from a good college with a high grade point average—in other words she is the kind of person who not all that long ago would have been snapped up by an employer in relatively short order, likely after having recevied multiple job offers. Unfortunately for her she graduated into, as she herself put it, the worst job market for new college graduates since 1948.

I didn’t know Leslie before she came to stay with us, so I was completely unaware of her personal situation. On her last afternoon with us, we talked for a while about her job search and her life. Leslie is not the stereotypical middle class kid whose parents spoiled her and instilled unrealistic expectations. In fact, both of her parents died when she was still a child, her father from drug and alcohol addiction. She was raised by relatives and had to work very hard to achieve what she did academically.

Unfortunately, that meant taking out student loans so she could afford to go to college—ultimately around $100,000 dollars worth. That would have been quite a nut to have to repay with interest even had she been able to immediately find a good paying job in a healthy economy. As it is, she is unemployed, desperately searching for work and her only source of income is her live-in boyfriend’s wages—about $10 dollars an hour. That and the food stamps they are eligible for and are receiving. To say she and her boyfriend are nervous about the future is a cruel understatement.

At one point during our conversation she asked me what I would do if I were in her situation. I was honest and said I really had no idea what she was going through. I graduated from college debt free more than twenty years ago thanks to the National Guard’s tuition program, and also thanks to college costs having not yet become so insanely expensive. Moreover, even though the country was just then heading into Daddy Bush's recession, I was hired less than a month after graduation.

But it was when she confided to me her future hopes and dreams that the heartbreak of her situation really became apparent. I’m not looking to be rich, she said. All I want is to be middle class, which they promised me I could be if I got a good education. I just want to be able to eventually afford to buy a home so I can raise a family. And have a secure retirement. Is that too much to ask?

There really wasn’t a whole lot I could do other than nod and agree. As I dropped her off so she could catch the bus back home she thanked me profusely for our hospitality. I told her it was no problem and lamely wished her well on her job search.

One other thing she said that really struck me was how she wished, if what her generation of college graduates is going through represents a permanent change in economic conditions rather than just a temporary downturn, someone in a position of authority would say something. She even added that President Obama has seemingly turned his back on the young people who were among his most adamant supporters. Funny, how a 23-year-old woman experiencing what is really going on in this economy makes more sense than nearly every media pundit who gets paid the big bucks to pontificate about it.

So what do we, the older generations who were lucky enough to have been born and raised in the all-too-brief era of cheap oil-fueled economic abundance, say to someone like Leslie? Sorry, kid, the future is fucked. We got ours, and best of luck to you. In the end, I couldn’t think of anything at all.
Posted by Bill Hicks at 6:11 AM