What NBA Players and Public School Teachers Have in Common 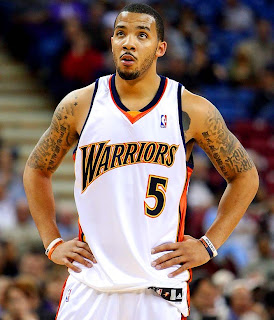 Last week it was announced that the National Basketball Association was following the lead of the National Football League and locking out its players in an attempt by the team owners to force the players to make salary concessions. This is yet another dispute between millionaires and billionaires, and I’ll be right up front and assert that the country would be far better off if EVERYONE stopped caring whether the NBA and NFL play their seasons or not. They contribute nothing of any value other than to serve as a massive distraction for the masses, making them even less likely to notice how the billionaire owners and their friends are stealing their country right out from under them.

That said, there is one aspect of this story that I think everyone is overlooking. The first question that should immediately come to mind is: why are the owners engaging in an action that could potentially cost them countless millions of dollars in lost revenue from ticket sales, merchandising and broadcasting rights? Seems pretty self-defeating, doesn't it?

The only possible explanation is that the owners have closely examined their books and realize what no one in a position of authority in this country will officially admit: that they are facing a dramatic long term drop in revenues and the only way they can keep making a profit is to cut player salaries. Already we see evidence of this in the recent bankruptcy of the Los Angeles Dodgers—long one of the most profitable franchises in Major League Baseball—and the fiasco that has befallen the ownership of the New York Mets, who lost a bundle investing with Bernie Madoff. The Great Recession has reduced attendance for all the major sports leagues and declining advertising revenue has squeezed the networks that broadcast the games.

So what does all of this have to do with teachers? Quite simple, really. State and local government employees are receiving layoff notices all around the country for the same reason the NBA and NFL players are being locked out—declining revenue as the economy slowly implodes.

Because the stock market has risen dramatically with the bailouts that followed the 2008 crash and good times at least outwardly seem to have returned to Wall Street, it has masked the fact that any billionaire whose business is based upon selling actual goods or services in the real economy is seeing his or her profit margins shrink dramatically. Shifting focus overseas to still-booming markets like China has helped offset some of the losses here in America, but long term trends everywhere have to be troubling for those whose portfolios depend on the health of the global economy.

If there was any solidarity among the laboring classes in America these days, the NBA and NFL players would be walking a unified picket line along with the teachers, police officers, factory workers and retail managers who are all suffering as the Great Recession grinds on. They would unify in their demand that the necessary sacrifices be shared equally by labor AND capital.

The fact that such an idea sounds patently absurd when you say it out loud just shows why it will never, ever happen. Instead, the plebes will fight each other to the death over an ever-shrinking number of crumbs while the elites steal away with the cake like a thief in the night.
Posted by Bill Hicks at 6:13 AM