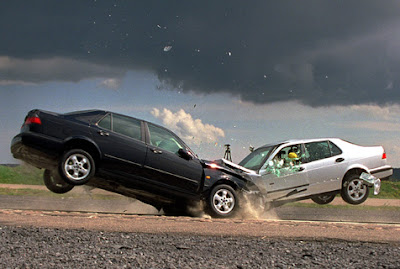 If you were following the federal debt limit increase debacle over the weekend, you witnessed quite a spectacle as our so-called “leaders” spent the whole time acting like a bunch of damn kindergartners. Nobody in this whole fiasco has covered himself or herself with any glory. The Republicans appear to be recklessly risking a debt default over what are really only cosmetic cuts to out-of-control federal spending, while Obama seemed to lose his cool because he once again thumbed his nose at his progressive base by putting major cuts in social programs on the table, only to have the Republicans make him look like a fool by rejecting them.

Both sides spewed a lot of hot air about needing to get a deal done before the Asian markets opened last night. Yet a funny thing happened, the deal didn’t get done and the markets are largely holding up--so far. Clearly, the big money boys still believe there WILL be an agreement, if not in time to avoid a technical default, at least in time to keep them from suffering any substantial losses.

So the game remains afoot, even as 4,000 employees of the Federal Aviation Administration received furlough notices over the weekend. They must feel like the loneliest people in the word right now given that all debt ceiling theatrics are keeping their plight off the front pages.

If there was any solidarity among the American working classes, the Air Traffic Controllers, who are required to keep working but will not get paid in the meantime, would walk off the job en masse and shut down the airline industry until Congress restores the FAA’s funding. Given disastrous results when their union tried to challenge President Reagan back in 1981, that seems unlikely to happen.

And thus August 2nd, the date we’ve been told is the ultimate day of reckoning, draws ever closer with no deal in place. The website Zero Hedge published an analysis last night blandly confirming what I’ve asserted before, that a debt default and the instant elimination of all federal deficit spending will contract the U.S. economy approximately 10% by about September if there is no deal in place. My guess is doing so would be like kicking the leg out from under a stool, and begin a fast crash of the economy that would make the Great Depression look like a walk in the park.

Both sides seem to be playing chicken with that scenario, and trying to position themselves so the other side gets the blame. The problem with playing chicken, however, is that sometimes neither side blinks in time to avert catastrophe.
Posted by Bill Hicks at 8:39 AM