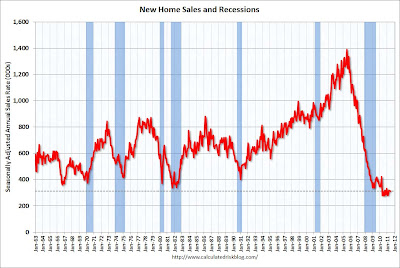 As the soap opera that is the debt ceiling standoff between our so-called “leaders” continues in the imperial capital, I thought it would be a good time to step back for a moment, revisit the past three years and examine what brought us to this point in the first place.

Return with me now to the wacky fall of 2008. Those were crazy days. George W. Bush was still occupying the Oval Office, a nation sat charmed by the never ending antics of the adorable brood from Jon and Kate Plus 8, millions of middle-aged women throughout the land embraced their inner cougar as they relived their adolescence through the first Twilight movie, and…uh…oh yeah, a little Wall Street bank named Lehman Brothers collapsed, sending shockwaves through the world financial community.

As panic swept the stock markets and the credit markets seized up, the leadership in the imperial capital did the only thing it really knows how to do—throw money at the problem. A cool $700 billion was immediately allocated to bail out the big banks and Wall Street, while the U.S. Treasury ramped up spending as if there was literally no tomorrow. The crisis began at the very end of Fiscal Year 2008, which set a record for federal deficit spending at the time—a whopping $455 billion. But as the old sports announcer cliché goes, you hadn’t seen ANYTHING yet.

The bailout was followed by a stimulus program that was every bit as costly. These two programs plus ramped up spending in other areas combined with declining tax revenues to add a whopping $1 trillion dollars a year to that 2008 deficit figure for each of the next three years. This increase in federal spending alone constituted nearly 7% of the nation’s annual GDP during that time.

So what did we get for all that running around spending money like a hyperactive sailor on shore leave hopped up on a combination of alcohol, cocaine and crystal meth? The chart above (courtesy of Calculated Risk) showing new housing sales paints a pretty clear picture.

The economic bubble of the first half of this century’s first decade was propped up by insane speculation in the housing market. Rather than its traditional role of providing food and shelter, a house became a speculative investment. Many families treated their homes as a gigantic ATM, extracting their increased equity and splurging on the high life.

The folks in charge knew all of this, of course, which is why so much effort has been put into trying to re-inflate the housing bubble. From the Fed’s Zero Interest Rate Policy to Obama’s new homebuyer’s tax credit, getting people to start buying houses again and drive prices back up was a key strategy for economic recovery.

So how’s it all working out? Not so good according to the chart. Two things really stick out. One is just how terrifying the collapse of home sales was from the peak in 2005 until the beginning of 2009 when the federal rescue efforts finally began to take hold. Had the government not stepped in, we can imagine that the crash in sales would have continued downward until almost all home sales stopped and the whole market completely disappeared. But the second thing which is becoming apparent is that rather than blowing a new bubble, all the government managed to do was arrest the free fall.

And therein lays the truth of the whole debt ceiling charade that ought to scare the living daylights out of any thinking person. If no agreement is reached and the U.S. defaults on its debt, the artificial props holding up the remaining facsimile of the real economy will be removed and the result will be complete implosion.

Our “leaders” have led us into a trap from which we cannot escape. Were they to stop all the deficit spending the economy will crash; but if they raise the debt ceiling, the dollar will continue to erode in value, oil and other commodities will continue to rise in price and the day will come when skyrocketing fuel and energy costs will squeeze the consumer and crash the economy. As the old car repair commercial motto goes, “you can pay me now or you can pay me later.”

Or put another way, it’s analogous to a chess player being reduced to having only his King but not yet checkmated. He can still try to move his last powerless piece around the board to avoid the inevitable, but the effort will ultimately prove to be in vain.
Posted by Bill Hicks at 6:50 AM