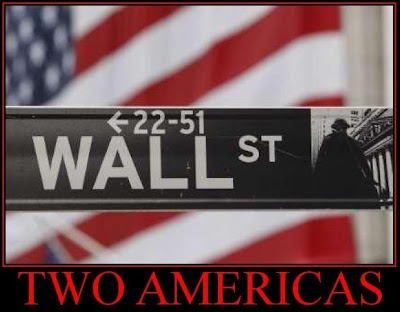 Here's a metaphorical news story. What happens when a young American woman driving a BMW meets a young American fast food worker riding her bicycle? One ends up dead and the other tries to avoid responsibility. Here is NECN.com with the story:


A 23-year-old woman is under investigation, charged in a deadly hit-and-run accident in Massachusetts.

The woman told police she thought she had hit an animal.

Barnstable police responded to the intersection of Route 28 and Pitchers Way just after 2 a.m. Thursday where they found a bicyclist down.

The victim was taken to Cape Cod hospital and pronounced dead.

The victim is 20-year-old Sheila Moreta who had just finished her first shift at Wendy’s. She was biking home when a gray BMW, driven by 23-year-old Angelica Barroso, hit Moreta, dragging her body into the corner of the road, before taking off.

While Moreta’s friend frantically tried to flag down help, Moreta was hit by a second car.

The BMW’s license plates fell off the car at the scene and police were able to track Barroso down. They found her an hour-and-a-half later.

Barroso is charged with leaving the scene of a fatal accident.

What’s interesting further is Barroso is a home health care aid and she was supposed to be spending the night at her patient’s home but she left the patient to pick up her sister at a bar.

Barroso also has a spotty driving record. She was ordered to take a retraining test but she had until August to complete that.

She pleaded not guilty and is being held on $2500 cash bail.