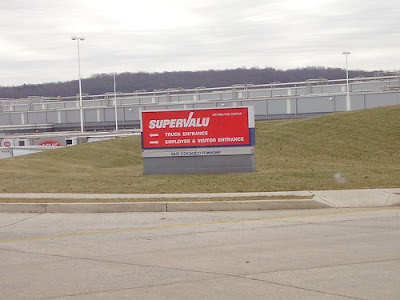 I've posted a couple of previous stories about layoffs in the Supervalu grocery chain, but this is the biggest one yet. Bloomberg has the details:


Supervalu Inc. (SVU), the third-largest U.S. grocery store chain, plans to eliminate as many as 2,500 positions at its Albertsons unit.

The reductions, which represent about 13 percent of staff across all 247 Albertsons stores in California and Nevada, will begin the week of June 17 and should be completed near July 1, according to a statement today. Albertsons is the biggest retail chain in Supervalu’s family of grocery stores.

Supervalu, which also operates the Shaw’s and Shop ‘n Save chains, is cutting costs while expanding its private-label brands. The retailer is lowering prices on some food to draw customers from discounters including Wal-Mart Stores Inc. (WMT) The company reduced prices by as much as 20 percent on about 200 produce items earlier this year.

“They’re just in a bad cycle,” Scott Mushkin, a New York- based analyst at Jefferies & Co., who recommends holding the shares, said in an interview. “When your sales are declining you need to cut expenses, so you start cutting store labor.”

Supervalu slipped 0.9 percent to $4.49 at the close in New York. The shares have dropped 45 percent this year.

As of February, Supervalu had about 130,000 employees, according to regulatory filings. Revenue at the Eden Prairie, Minnesota-based company has declined for three straight years and is projected to fall 2.4 percent to $35.2 billion in its fiscal 2013, according to data compiled by Bloomberg.
“A decision of this nature is never easy, but it is the necessary step for us to take to help improve our business and accelerate our turnaround,” said Dan Sanders, president at Albertsons Southern California division.

Love that quote from Jefferies & Co. analyst Scott Mushkin. Notice how there is no suggestion that the chain might instead cut the pay of the CEO and the other idiots in senior management who are driving the company into the ground? Perish the thought.
Posted by Bill Hicks at 8:04 PM