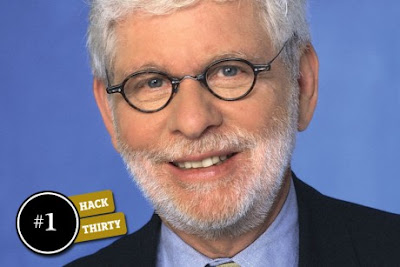 Many thanks to my friends over at Gawker for taking down the odious Richard Cohen on his latest outrage to the profession of journalism so I didn't have to:


There's a bit of an uproar in Washington over the White House leaking stories about Obama's kill list. Craven politics? All leaks are good leaks? National security risk? Some other position that is, in some way, intellectually coherent? Washington insider Richard Cohen goes with: none of the above! Watch this progression of thoughts closely:

The leak that troubles me concerns the killing of suspected or actual terrorists. The triumphalist tone of the leaks - the Tarzan-like chest-beating of various leakers - not only is in poor taste but also shreds a long-standing convention that, in these matters, the president has deniability. The president of the United States is not the Godfather.

Of course, we have always known that the president, as commander in chief and all of that, is where the proverbial buck stops. But for the longest time, a polite fiction distanced the president from what, after all, is murder, and it helped somewhat in protecting him. Deniability is always a fiction, but it provides some space between the president and his orders, and does not plaster the presidential face on an act of extreme - and possibly illegal - violence. Presidents need protection from retaliation - not just in office, but for the rest of their lives. After all, the poor man's drone is the suicide bomber.

Someone with a finer ear for the vagaries of language help me out here, please—is Richard Cohen being sarcastic? I genuinely hope so, but I cannot tell, because Richard Cohen is known to do this sort of thing. That is, to embarrass himself and the rest of us by bemoaning the death of the "polite fiction" that protects powerful politicians from the consequences of their actions. Richard Cohen quite explicitly hates justice, as well as journalism. I appreciate any explanations that anyone out there can provide on what this really means.

Killing is a serious matter. The death of an American citizen (Anwar al-Awlaki) is deeply troubling (the government asked the government if it was legal, and the government said it was). For this as well as other assassinations, there could be blowback.

Assassination by drone has its charms - it has severely degraded al-Qaeda - and war, after all, is war. But I wonder if those presidents who knew war - a Truman, an Eisenhower, a Kennedy - would themselves boast about killing or let others do it for them.

"Kill away outside of the rule of law, US presidents, but please, be sure to lie to the public about it."—a man employed by a journalistic institution.

Is he kidding??? Serious question.

No, sadly he is not kidding. And what's worse is that he is what passes for an icon in the supposedly "liberal" media these days. The only reason why the Washington Post would continue to employ such a thoroughly discredited hack is so it can laughably claim to have "balance" for the legions of warmongering neoconservatives who regularly appear on its op-ed page.


Bonus: Just remember kids, when the president does it that means it's not illegal