We Were Fucked from the Moment We Elected the Movie Actor 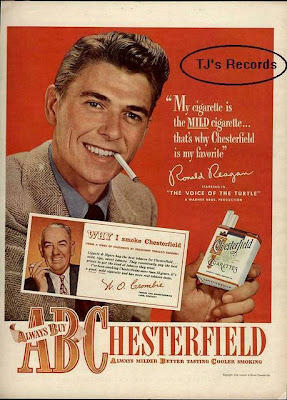 Late last week I saw what I thought was a very funny political post on a libertarian, Ron Paul supporting “doomer” blog. The essence of the post was that Obama is a terrible president because he is unqualified for the job and as proof it served up examples of how he spends more time playing golf and on vacation than he does running the country. Part of the reason I found it so amusing was that liberals and progressives used to say almost the exact same things about Chimpy Bush when he was the prez-nit. But more importantly, I found it funny because as evidenced by the post itself and the reader comments, many of these “realist” libertarian types still seem to be suffering under the delusion that the president actually runs the country.

Let’s cut to the chase and state right upfront who Obama really is: a snake oil salesman. He’s a the Wizard of Oz, with an image-perfect little family right out of central casting from the old Cosby Show, hired by the billionaire scumbags who really run the country to make America’s unceasing addiction to big business, war and empire palatable to enough of the ignorant, stupid masses to prevent serious civil unrest from breaking out. The American Hologram, as our old friend the late author Joe Bageant described the American media, maintains an ironclad grip on the thoughts and opinions of a vast majority of the population—and Obama is the vital cog that maintains the illusion that an elected official is still in charge of the country.

It wasn’t always like this. Throughout history, Americans have often complained about the Tweedledee and Tweedledum nature of the two party system, in which the choices on election day often seem to be between the “lesser of two evils.” But believe it or not, there was a time when the president WAS an independent actor who could be a fearsome opponent to anyone, even a Wall Street titan, who opposed him. Teddy Roosevelt and his staid successor, William Howard Taft, energetically smashed the old monopolistic trusts, which was the first great blow the federal government ever struck on behalf of the common people in the age of the corporation. Teddy's cousin, FDR, was hated as “a traitor to his class” for enacting the New Deal, which was a main pillar that supported the creation of a robust middle class after World War Two. Flash forward another few decades, and whatever else you might want to say about them it would be very difficult to argue that there was little difference between George McGovern and Richard Nixon in 1972, or even Jimmy Carter and Ronald Reagan in 1980.

Speaking of Reagan, as I’ve stated here before it was his election that was really the turning point that started America down this long road to perdition. President Bonzo had a unique ability to appeal to superficial patriotism and cultural divides to get working and middle class people to vote against their economic interests—in other words the former Hollywood actor was also a great SALESMAN. By all accounts, Reagan himself was disinterested in the mechanics of being president, and turned much of the detail work over to his subordinates. In that dynamic, we see the first emergence of the President as a cipher, the man whose most important job is to sell policies that were designed by his puppetmasters. Reagan’s massive electoral success despite his manifest unfitness for the presidency was all the proof the oligarchs needed that they could seize total control over the political process if they could find just the right “useful idiots.”

After Reagan, Daddy Bush and Bill Clinton may have been a bit more their own men than The Gipper, but by the time we reached the disastrous administration of George Bush the Lesser the process of making the president little more than a figurehead fronting for those who put him in office was almost complete. Obama just closed the loop by becoming the first Democratic president to be a total stooge of those who have anointed him as “the one.”

And that’s where we stand today. Six weeks before the election, it appears from how the majority of the fat cat contributors’ campaign contributions are now shifting away from Romney to Obama that the powers that be have decided that President Hopey-Changey is a more effective salesman for their agenda than the hopelessly inept Governor 47%-er could ever hope to be. Obama may not have been a Hollywood actor, but he learned how to say his lines and hit his marks a long time ago, and wouldn’t be where he is today if he hadn’t.


Bonus: In retrospect, we'd have been better off electing Reagan's male co-star.