The Punishment for Collecting Firewood: Death 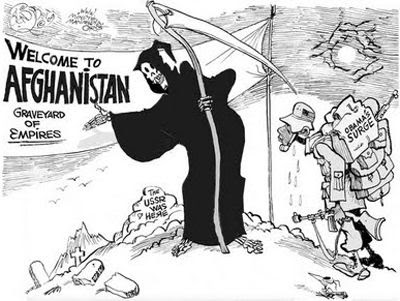 Ho-hum, just another sad, sorry day in the graveyard of empires:

As is often the case, NATO at first claimed that the targets were insurgents and that initial reports showed that only insurgents were killed in the strike. However this report was contradicted by information coming from Afghan officials who said that victims included eight women and girls who were out gathering firewood before dawn.

Once the Afghan officials contradicted the NATO report Jamie Graybeal a NATO spokesperson said that NATO took any charges of civilian deaths seriously. No doubt the charges were taken even more seriously after villagers from the Alingar district in Lagham province brought bodies of those killed to the governor's office in the provincial capital.

So why should anyone in America care? After all, the NFL season is underway again and we all have far more important things to occupy our minds. Well, there is this:


Sarhadi Zewak, a spokesperson for the provincial government, said:

“They were shouting ‘Death to America!’ They were condemning the attack."

A provincial health director said that there were also seven females injured who were brought to area hospitals for treatment. Some of the injured were as young as ten years old.

So what is the rationale that our brilliant military "leaders" used to justify this senseless attack?


U.S. officials say that these missile attacks are very precise and that civilian casualties are rare. However, what are called signature attacks are now used. In these attacks people are targeted simply on the basis of suspicious behavior. Apparently people moving in the countryside before dawn arouse enough suspicion to be classified as suspected terrorists. There were probably never any insurgents targeted. The women collecting firewood were just classified as suspected insurgents.

Yesterday, I wrote that there is no hope that we can possibly work our way out of our collective predicament. Part of my justification for such a belief is seeing on almost a daily basis such insanity as that of American officials justifying wantonly killing Afghan civilians for the "suspicious behavior" of collecting firewood when there is no justification that any thinking person who is not a raging psychopath could bring forth that makes any sense whatsoever. Even had these women and girls been carrying AK-47s instead of logs and sticks they would represent exactly ZERO threat to the American homeland.

But go ahead, America, convince yourselves that the recent wave of anti-American demonstrations and attacks on our embassies and consulates are happening because all Muslims are easily excitable, irrational whack-a-toons. They couldn't POSSIBLY have any legitimate grievances against the utterly exceptional "shining city on the hill" after more than a decade of such senseless violence.

No, there is no logical reason given the above for the embassy attacks or for this kind of thing to happen:


Elsewhere in Afghanistan four more soldiers were killed in an apparent insider attack. The four killed were American troops. The killings happened at an observation post operated jointly with 6 coalition troops together with 6 Afghan National Police.. One of the Afghan members was found dead at the scene while the other five had disappeared. Over 50 NATO troops have now been killed so far this year in "insider" attacks.

Addendum: As yet another example of just how badly compromised even the so-called "liberal" media is these days, check out this account in the hideous progressive online "news" rag, The Atlantic Wire, about the killing of the four American troops that completely whitewashes the slaughter of the Afghan women and girls, describing it merely as: "a NATO airstrike that angered locals."

Damn, those silly locals, always getting all worked up about utterly harmless NATO airstrikes. You just can't reason with some people.


Bonus: "One day, something fell from the sky"