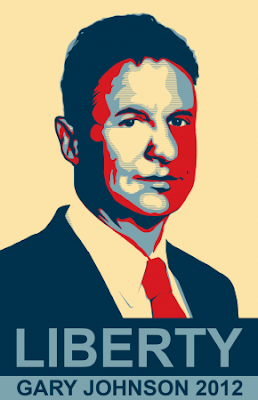 Quick question: which of the current candidates running for President of the United States issued the following statement last year on the 10th anniversary of 9/11?


“As we all pause this weekend to remember the events of September 11, 2001, our thoughts are with those who lost their lives, those who saved so many lives, and a nation that showed its greatness in countless ways. 9/11 and the days after were a time when ordinary Americans did extraordinary things. Our thoughts and our gratitude are also with the amazing men and women of our military who are putting themselves on the line every day to keep us safe. The fight against those who would do us harm continues today, and it is a fight we must carry out with the same determination that was so magnificently displayed by the heroes of 9/11.

“America is about liberty. Ten years ago, liberty was attacked. To those who lost their lives and those many more whose lives were forever changed, our deep obligation is to insure that liberty prevails not just today, but for generations to come.”

So was it job-exporting, Wall Street oligarch Willard Mitt Romney? Or was it Patriot Act-loving, American-citizen assassinating President Hopey-Changey? Wrong, Natch. It was, in fact, Libertarian candidate for president and supposed lover of human freedom Gary Johnson.

Whatever else you may think about the events of 9/11, and I am not here to get into a debate about whether it was an inside job or anything like that, it must be stated that no singular event in American history has caused a greater curtailment of civil liberties and human freedom than our government's out of control reaction to it. Two unnecessary wars of choice that have massacred hundreds of thousands of innocent Iraqi and Afghani civilians, the establsihment of concentration camp in Gunatanamo Bay, a world wide campaign of assassination without trial, the acceptance of torture as a legitimate use of government power, drone missile strikes abroad, drone surveillance at home and the enactment of the Patriot Act are merely the highlights of a systemic program representing a far greater attack on "liberty" than anything Osama bin Laden and his minions could have whipped up in their wildest dreams.

I've been on record here stating that I do not plan to participate in the upcoming sham election this November, but if I did go to the polls it would be to at least cast a ballot against the two oligarch-approved candidates by voting third party. With a statement like the one above, however, that could have come from one of the horrible speeches at the recently concluded Republican and Democratic National conventions, Gary Johnson has placed himself squarely on the side of our oppressors and thus is unworthy of support by anyone who REALLY cares about liberty.

So what should Governor Johnson have said instead? How about something along these lines:


"As we pause to remember the victims of the 9/11 terrorist attack on the United States and to appreciate again the actions of the heroic first responders who gave their lives on that awful day, we must also reexamine ourselves and question whether our nation's collective response during this past decade to those attacks have been appropriate or consistent with a nation that supposedly values liberty.

"We must strive to curtail the abuse of liberty by immediately ending all foreign occupations, closing the detention facility at Guantanamo Bay, vigorously prosecuting the use of torture, repealing the Patriot Act, ending assassinations without trial and stopping the use of drone missiles to carry out random attacks abroad and drone aircraft to conduct domestic surveillance. Only by respecting the human rights and dignity of all of the world's people and the Constitutional rights of our own citizens here at home may we possibly hope to maintain the ideals of liberty and freedom that the founders of this great nation bestowed upon us."

After all, if you can't trust the Libertarian Party to support liberty, whom can you trust?


Bonus: "Whether your state is red or is blue...always be wary of people who rule"