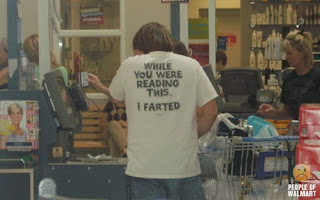 There are a lot of reasons why I feel extremely fortunate to have been born into my time and place. Whatever its shortcomings in terms of damage to the natural world, the latter stages of the oil age have been for those fortunate enough to have been born into the wealthier nations the best time in human history to be an average citizen. Never have so many enjoyed so much freedom of movement and had so much knowledge right at their fingertips while having a lengthy life expectancy to enjoy it. The fact that an overwhelming majority choose to squander these precious fossil fuel-derived gifts does not change the blessings they have conferred upon those astute enough to appreciate them.

Perhaps no aspect of this bounty has been more potentially enriching to the lives of the average person that the Internet. Maybe its because I spent the first three decades of my life without it that I am so thankful for the ability to access so much information in an instant. With just a few hours of Google searches, I can learn more about the world than a Magellan or a James Cook discovered in their entire lifetimes. So what if the dipshit in the cubicle next to me at work spends his days following the latest exploits of celebritards like Charlie Sheen or Lindsey Lohan? I am not his keeper.

The Internet is like any other tool. It can be used for good or for ill. And while I may choose to use it to research, for example, the Apollo Program as I did for an earlier post on this very blog, it would be daft not to consider its many ill effects. Quite simply, a sheer mass of unfiltered information is of little use to those without the critical mental facilities to easily separate the wheat from the chaff.

One thing the Internet does is expose people to ways of living other than their own. That can be a healthy thing if the searcher is, say, reading up on tribal cultures in sub-Saharan Africa in order to reach a greater understanding. It is not such a good thing if sensationalist portrayals of what the old weekly alternative newspaper column, News of the Weird, used to call People Different from Us are being exploited to reinforce stereotypes in support of the status quo.

And that brings me to the People of Walmart, along with other similar sites such as the mugshot galleries of The Smoking Gun. On the surface they appear harmless enough, and I’ve spent more hours than I care to admit perusing their pages. When looking at POW's daily Feature Creature one is tempted to yell at the subject on the screen, “have a little dignity, for fuck’s sake.” As with many things in our society, however, it’s all great fun unless you stop to think about it.

For what is it that POW and the TSG are really selling? Conformity, my friends. You there, in your comfortable suburban house or your hipster urban condo pad, yes you are one of the cool people. You’d never be caught dead out in public dressed like one of these freaks. They’re LOSERS (or to use the Internet vernacular, LOOSERS). Nevermind that most of them come from the very strata of society that has seen its good paying blue collar jobs shipped overseas for a couple of generations now. Nevermind that most of them are just trying to make it through this life in a world likely spinning way too fast for them to comprehend. Nevermind, too, the fact that as America continues its long slow slide towards oblivion most of these folks are DOOMED. And never for one moment ever allow yourself the realization that you too could be one of them someday.

This all hit home to me recently when I was checking out the prostitution mugshots on TSG (I know, I know, I should be beaten with a large stick for that one). What struck me was not the sad, world weary expressions on the faces of most of the women but the crass insensitive comments TSG users had posted underneath their pictures, most of which rated the subject’s “hittability” or stated what sexual act the poster would most like to perform on them. For that’s what the downtrodden in America have become: just another entertainment spectacle to laughed at and mocked. The old teevee show Cops was the pioneer of this disturbing form of living vicariously over 20 years ago, and “reality” shows and websites have become an order of magnitude worse since then.

The term “class warfare” gets thrown around a lot these days, and is usually used in reference to what the wealthy elite of our society are doing to everyone below them. But I would argue the real class war is actually being fought on multiple fronts. It is in fact every social strata waging war against those below them in the pecking order. Except now, in this era of Peak Oil and resource depletion the motivation is to avoid falling further down the ladder rather than to prevent those below from moving up. Which could be why it is being fought with ever increasing desperation as witnessed with the rise of the tea party movement.

What is obviously lacking here is a little thing called basic human empathy. And though many people in America still have it as individuals, collectively it vanished from the body politic along time ago…just another sad symptom of an empire in terminal decline.
Posted by Bill Hicks at 6:35 AM