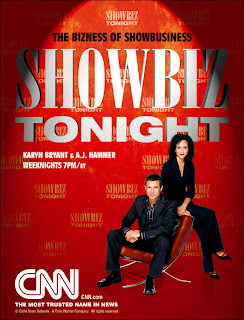 Everyone now knows that around 5:30 PM CDT this past Sunday night a massive tornado struck the unfortunate town of Joplin, Missouri, causing massive devastation, taking well over 100 lives and injuring many more. It was just the latest of a series of horrifying weather-related natural disasters, from floods to wildfires to tornadoes; that have devastated the middle section of the country this year. Joplin received a particularly vicious blow when a main hospital and several fire stations were virtually destroyed by the storm, and it was immediately apparent that outside help was desperately needed as quickly as possible.

So you would have thought that CNN, which laughingly bills itself as the Worldwide Leader in News, would have been right on top of the story from the get-go. Especially since a rival network, The Weather Channel, almost immediately began broadcasting live from just outside the ruined St. John’s Hospital by virtue of having had a storm chasing team led by on air meteorologist Mike Bettes fortuitously on the scene. The images of Bettes choking with emotion while standing in the ruins chatting with dazed survivors outside the hospital complex--which looked eerily like the Murrah Federal Building in Oklahoma City right after the 1995 bombing--should have alerted anyone who saw them that a major humanitarian crisis was occurring in real time.

So I was amazed when I switched over to CNN around 6:30 PM CST to see that they hadn’t bothered to cut into their regularly scheduled Sunday night programming and were still showing an episode of CNN Presents. Even worse was CNN HLN, the later set of initials for which used to stand for Headline News and once upon a time provided 24/7 half-hour news broadcasts—hence the name. HLN was showing an episode of Showbiz Tonight, and switching back and forth between the utterly vapid report on the antics of yet another superficial celebritard and The Weather Channel vividly brought home to me yet again, as the late Joe Bageant often pointed out, just how disconnected the holographic world of the American media has become these days from everyday reality in this country.

Not until seven o’clock did CNN rouse out of its slumber and begin to provide live coverage, by which point Bettes had been on the air for over an hour pleading for anyone and everyone to send help. Even then, CNN was reduced to having its anchor chat on the phone with a local reporter who was slowly trying to make her way to St. John’s Hospital. When she arrived near the scene after much difficulty the anchor implored her to tell him what she saw, to which I lost patience and literally yelled at the screen, “Switch over to the Weather Channel, you dumbfuck. It’s right there!” But at least by this point CNN’s main network was actually covering the story. HLN did not bother altering its regular programming at all, at least not during the couple of times I checked as the evening wore on. Showbiz Tonight was followed by something I have never watched nor ever care to watch called the Joy Behar Show.

I don't know why CNN was so slow on the uptake in recognizing the magnitude of the story, but I surmise the likely reason is budgetary cutbacks that have probably left it with a skeleton staff during slow news periods like Sunday nights. Of course, that doesn’t stop them from wasting their remaining resources sending reporters out to produce useless shit like Showbiz Tonight. Seriously, if I actually gave a damn about the antics of talentless wastes of space like Miley Cyrus and Justin Bieber I would turn on E! Network, thank you very much.

We will never know if CNN’s tardiness in getting its act together on this story slowed down recognition of the seriousness of the situation and hence the speed of the response among EMTs, doctors and other emergency responders outside of the immediate Joplin area. But the delay is a damning indictment of 24/7 cable “news” networks, the purpose of which first and foremost is supposed to be their ability to quickly get the word of important stories out to the public.

Had Mike Bettes and The Weather Channel crew not happened to have been lucky enough to be right on the scene of the disaster when it unfolded, who knows how long the CNN coverage might have been delayed. And this is not to completely let The Weather Channel off the hook, either. It was reported online very early on that Bettes had asked his bosses to suspend the network’s commercials as they did during their live broadcast of the Tuscaloosa, Alabama, tornado aftermath last month. The network honchos obviously refused, because for the rest of the night viewers were treated to five minute chunks of real life mayhem interrupted by ads for lawn care products and antihistamine sprays. No doubt they thought the spike in ratings caused by the coverage justified showing such poor taste in the face of disaster.

This is also not to single out CNN alone for its ineptness. “News” has always been a commodity subject to the whims of the corporations who underwrite its production. In recent years, however, the negative effects of corporate sponsorship have degraded the mainstream media to the point that here we see an example of how it is no longer even any good at producing what it was always good at producing in the past—coverage of a major natural disaster. If they can’t get a story as basic as the Joplin tornado right, how do you think they are going cover those truly serious issues that really matter to us all—like resource depletion, climate change and economic collapse?

One last word before I close. At one point on Sunday night the CNN anchor reported that he was getting many tweets from viewers demanding to know what was going on with the weather that was causing all these disasters. He then blathered in typical news speak, “this is a question we’ll be asking,” rather than just stating the obvious—climate change. Because heaven forbid a ‘news’ anchor in America in this day and age would EVER be caught telling the truth on the air.
Posted by Bill Hicks at 6:38 AM