Where I Stand on Economic Collapse These Days 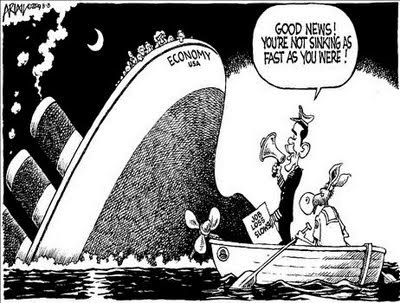 Well, damn, here it is nearly two full years since my unfortunate enforced break from blogging and the economic collapse that had been one of my favorite subjects hasn't happened yet--nor does it appear to be at all imminent. In fairness to me, back during the epic debates about slow versus fast crash circa 2008-2009 in online Peak Oil forums, particularly the old Life After the Oil Crash forum, I was firmly in the camp with the slow crashers, stating at the time that I thought America (and by extension the modern Western world) would limp along until some time in the middle to late 2020s before the bottom really fell out. I still see no reason to alter that prediction, though I will admit that the oil industry has been far more successful in exploiting so-called "tight" oil fields like Bakken than I ever expected. Thanks largely to oil shale exploitation and fracking, America is right now experiencing an oil "boom" that has the cornucopians confidently predicting that we will soon surpass Saudi Arabia and Russia as the world's top oil producer.

Other Peak Oil writers such as John Michael Greer have done a terrific job of explaining why the fracking industry is just another massive economic bubble waiting to pop and kick the economy in the balls once again. I won't rehash all of their excellent work, other than to point out that if fracking was really going to "save" a highly hydrocarbon dependent economy built on the premise of cheap oil forever, how come gasoline has been priced at well over $3.00 a gallon for several years now?

I mentioned in yesterday's post that the first minute cracks are beginning to appear in the foundation of America's body politic that are indicators of a coming political disintegration such as James Howard Kunstler first suggested in The Long Emergency. And if one casts their gaze overseas, one can see even more evidence that political disintegration is becoming even more of a word wide issue as more and more nation-states, many with artificial borders created by the Western imperial powers in the previous century, are beginning to break down or otherwise fail.

Somalia turned out to leading indicator by collapsing into total anarchy back in the early 1990s. Congo followed suit a few years later with a multisided, internal war starting after it's despicable dictator, Mobutu Sese Seko, fell in 1997 that was so deadly it claimed the lives of millions and has even been referred to as the Great War for Africa. Moving forward, South Sudan finally separated itself from the fanatical Islamic freaks running the show up in Khartoum, only to almost immediately disintegrate into its own nasty little civil war. Ukraine is in flames as ethnic Russian separatists battle that country's puppet NATO government for the right to succeed, and now ISIS has risen up from the wastelands of Syria and Iraq to erase the border between those two countries as it battles for control of both of them. Heck, even Scotland is about to take a vote as to whether to become independent from the UK and as of this writing the outcome is expected to be very close one way or the other.

What every one of these conflicts have in common is that each are fueled by the desire of a whole lot of people to not want to be governed by anyone who is not of the same ethnicity, tribe or religion (or even a different sect within the same religion) as they are. Can't we all just "get along?" that great philosopher and poet, Rodney King, once supposedly asked. Sorry, Rodney, but the answer would appear to be, "fuck no."

For me the most interesting recent development here at home was that public opinion poll a couple of months ago which showed that Americans were at their most politically divided since just before the Civil War (or the War of Northern Aggression for you Southern patriots/separatists out there). Which I know is true, but I nevertheless have to shake my head in amazement at just how successful the power elite's divide-and-conquer strategy has been in this country since Reagan first got elected 34 years ago.

It's quite brilliant, really. For a generation-and-a-half, wages and quality of life in this country have been under relentless assault by a tiny group of billionaires and Wall Street tycoons who use their fortunes and control of the vast media empires to manipulate the election of a combination of rabid Republicans and compliant corporatist Democrats. This unholy cabal has done a brilliant job of manipulating everyone not in their own tax bracket into getting all foaming at the mouth about issues such as gay marriage, the pledge of allegiance, flag burning, abortion, contraception, etc., that they personally couldn't give a flying fuck about just so long as there is no political interference in their efforts to offshore jobs, slash wages, cut benefits and pauperize virtually every American worker but for a small cadre they need to carry out their bidding. Every once in awhile I get the perverse desire to stand up and slowly applaud at the sheer successful audacity of it all.

But it won't last forever. Sooner or later the scum that has risen to take total control of America will begin to lose their grip, mostly because they are so damn greedy that they don't seem to realize that a smarter strategy that would allow the party to last a bit longer would be to temper the looting of the economy ever so slightly and throw a few more crumbs to the lumpen proletariat. Thanks to their mass media lapdogs the idiots are compliantly eating the scraps out of their hands, but what happens when all the idiots have their flat screen teevees repossessed?

Given the above, I'm starting to believe that America may pull itself apart politically even before oil production plummets, although all the NSA spying and militarization of local police departments prove that the elites are going to do everything they can short of sharing the wealth to prevent it from happening. Thus am I standing by my prediction of the mid-to-late 2020s as a likely dates for collapse to really be underway, which would put it happening just after the end of Hillary's second term.

And if I'm wrong and the cancer hasn't yet come back and killed me, you can feel free to drop by here and mock me all you want.


Bonus: "It's shite being Scottish."