Gambling and Tourism Won't Save the Economy 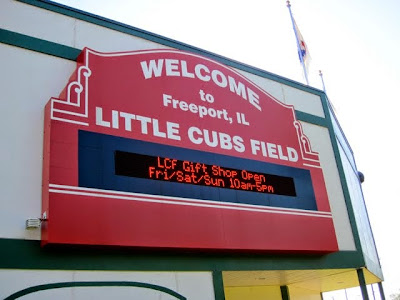 The most surprising thing about the recent announcement that one-quarter of the casinos in Atlantic City are shutting down is that anyone is really surprised by it. The article from nj.com I just linked provides the following explanation:

Since 2006, Atlantic City's casino revenue has plunged from a high of $5.2 billion to $2.86 billion last year. It has been beset by competition from Pennsylvania, which has surpassed it as the nation's No. 2 casino market after Nevada, and suffered further losses with additional casinos coming online in New York and Maryland.

Israel Posner, executive director of the Lloyd D. Levenson Institute of Gaming, Hospitality and Tourism at Stockton College, said the resort has been dealing with casino saturation for a while now.

"We know that the oversupply of gaming product is a regional issue, as we're seeing the effects of the pressure all around Atlantic City," he said.

So in other words, when every state and jurisdiction opens a casino to draw out-of-town visitors who'll spend the money that will then replace jobs and tax revenues being lost in other sectors, sooner or later they stop being an advantage for everybody. I'm not really sure just how dumb you have to be not to see that obvious fact, but the article states that economists predicted this inevitable occurrence as if it were some sort of blinding revelation.

This simple truism about gambling can also be applied to tourism in general. Many depressed locales have tried to reinvent themselves as prime tourist destinations, such as Cleveland did by landing the Rock'n'Roll Hall of Fame, handing out hundreds of millions of dollars to billionaire sports team owners for new stadiums and sprucing up its downtown area so visitors would feel safe walking the streets at night. So how did all of the that work out for Cleveland? Well, beyond the downtown's glitzy bright lights it is still almost as big a shit hole as Detroit--the kind of place where just being born there tags you as someone who has no hope of a future even remotely resembling the pie-in-the-sky American Dream.

Even my own hometown of Freeport, Illinois got into the act. Regular readers of this blog will recall that back during the last thoroughly discouraging and depressing presidential election, I wrote several posts about Romney's old pals at Bain Capital shutting down one of the local factories, transferring the jobs to China and having the unmitigated gall to ask the workers there to train their Chinese replacements.

Not coincidentally, Freeport made an effort a few years ago to try and combat the relentless loss of industrial jobs in the town by trying to generate tourism. Now, I can tell you from having spent the first two decades of my life there that a little rust belt city entirely surrounded by nothing much except cornfields has very little to recommend it as a tourist attraction. 156 years ago, one of the famous (assuming you know your American history) Lincoln-Douglas debates took place there. Nearly a quarter of a century later, a mentally unhinged Freeporter assassinated the President of the United States, but that probably isn't the sort of thing the local Chamber of Commerce is really interested in playing up. Since then? Um...I've got nothing.

So what did they finally decide to do to bring in hordes of visitors and their loose dollars? They, I shit you not, built a miniature replica of Wrigley Field. Never mind that the REAL Wrigley Field is only about a two hour drive away. Even sadder is how the website describes Freeport: "Freeport, Illinois, A Scenic And Historic Section Of Northwest Illinois Between Chicago And Galena." Because that's all Freeport really has going for it these days: history. And as I've pointed out above, there ain't really all that much of it.

Obviously, Little Cubs Field, as it is called, hasn't done much to save Freeport's economy, much as Atlantic City's casinos have ultimately proven a failure in lifting that unfortunate burg out of the postindustrial age mire. Just a couple of weeks ago my father, who was once employed by the local Goodyear factory, told me that the plant is cutting its work force again, and will be down to about one-tenth of the 2400 employees it had when he retired 20 years ago. Dad also expects the plant will be closed down for good in a few years, having existed for merely the entirety of his adult lifetime. But don't worry, I'm sure some of those laid off workers can get jobs this summer working at the concession stands at Little Cubs Field.

It's amazing to me that a country in which wages and benefits for most workers, especially paid vacation days, are being endlessly slashed and the word "staycation" has entered the popular lexicon, that any of the so-called "experts" who get paid to consult with state and local governments about how they might increase revenues and employment could with a straight face espouse the idea that an endless sea of tourism dollars is out there just waiting to be exploited. As it stands right now, the tourism industry is being propped up by more affluent older Americans who are downsizing their living arrangements (i.e: selling off their assets) in order to do at least a few of the things they wanted to do while they were still working. But when the country begins to run out of bucket-listers who still have a bucket to pee in, tourism is yet another industry facing an inevitable epic crash.

But hey, if you're interested, all events at Little Cubs Field feature free admission. And for this little bit of faux Americana, it's worth exactly what you pay for it.


Bonus: The problem these days, Bruce, is that the trouble ISN'T "busing in from out of state"