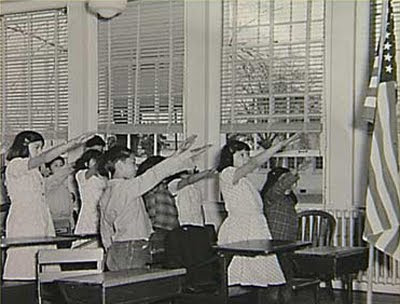 I know that I am a cynical son-of-a-bitch (no, Bill, say it isn’t so!), and very little that I read or hear surprises me anymore. But I’ll admit that this story from the Washington Post about a DC police officer assigned to Michelle Obama’s protection detail actually shocked me:


A D.C. police officer who worked as a motorcycle escort for White House officials and other dignitaries was moved to administrative duty Wednesday after he allegedly was overheard making threatening comments toward Michelle Obama, according to several police officials.

The police department’s Internal Affairs Division is investigating the alleged comments and notified the U.S. Secret Service Wednesday, said the officials, who spoke on condition of anonymity because they were not authorized to give details of the investigation.

The motorman allegedly made the comments Wednesday morning as several officers from the Special Operations Division discussed threats against the Obamas. It was not immediately clear where the alleged conversation took place or exactly how many officers took part in the conversation.

During that conversation, the officials said, the officer allegedly said he would shoot the First Lady and then used his phone to retrieve a picture of the firearm he said he would use. It was not immediately clear what type of firearm was allegedly shown.

An officer overheard the alleged threat and reported it to a police lieutenant at the Division, who immediately notified superiors, the officials said.

No matter what you may think of Obama, and regular readers know that I personally despise the man for the way he has consolidated and legitimized all of the horrible things that Bush wrought upon America during his eight year reign of error, what this incident portends could not possibly be more disturbing. This was not some unemployed loser ranting and raving to his fellow Klansmen and skinheads in some deep, dark Internet chat room. I don’t know which aspect of this story is more unsettling, that a police officer assigned to protect the first lady was harboring apparently serious thoughts about killing her or that he actually felt he had a receptive audience among his fellow officers and was comfortable enough to openly share those thoughts.

What this story really indicates is that in our public discourse we are only seeing the tip of the iceberg in terms of the amount of seething hatred and resentment being harbored by many of our fellow citizens. The Pretty Hate Machine has not only been injecting pure bile into our collective consciousness for the past 30 years, but it has been gradually becoming more blatant in its utter disdain for anyone who is perceived as the “other.” And it’s not just racism, although it along with sexism and homophobia are always the key ingredients in the volatile bile cocktail served up by the malevolent charlatans who pump out the propaganda.

The body politic in America is becoming like a forest undergoing a severe drought, slowly drying out and just waiting for the spark which will set off the inevitable conflagration. All signs in the economy are now pointing towards another market crash, though just how far away that event might be remains unclear. When it happens, and when unemployment begins to skyrocket again as a result, it seems pretty clear that the undercurrents of hatred thrumming just below the surface are likely to explode out into the open and threaten to consume us all.


Bonus: "Listening to some bullet head and that madness that he's saying"