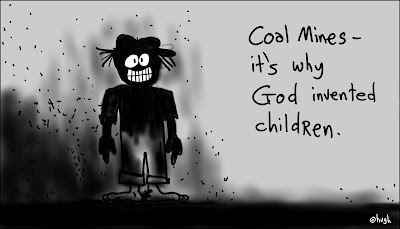 In my May 5th post, Pretty Hate Machine, I wrote that anyone who is thinking of standing up to the forces of destruction in our society needs to be prepared to be for an all out assault on their character. But even I was astonished to read this horrific story from Grist magazine:


West Virginia coal activist Maria Gunnoe is used to intimidation, as writer/blogger Aaron Bady points out. It’s one thing to oppose coal companies from the office of the mayor of New York City. It’s another to do it, as Gunnoe does, from the West Virginia valley floors where the coal companies live.

Gunnoe has been an activist for years, in 2009 winning the Goldman Environmental Prize for her work trying to stem mountaintop-removal mining. The prize came with a $150,000 award – money she planned to use modestly: to extend the city water system to her house.

Her water, from a source on her property, wasn’t usable. Like many others in the region relying on wells and local sources, she depended on water that had been contaminated by run-off from the coal industry’s retrieval process. In some cases, the water was visibly polluted, running yellow- or copper-colored directly from the tap. Gunnoe’s efforts to stem pollution somewhat ironically meant she might be able to escape it.

Her neighbors weren’t (and aren’t) as lucky. Last week, Gunnoe joined some of them in Washington, D.C., to present the stories of people in her community at an oversight hearing of the House Committee on Natural Resources, Subcommittee on Energy and Mineral Resources. In a better world, the hearing would have ended with a commitment to stem the pollution. It ended much differently.

Aaron Bady is a journalist who lives in California and writes for The New Inquiry magazine; his mother is the founder of an organization Gunnoe works with. Over the weekend, he told the story of what happened next.

Gunnoe’s planned testimony included this photo of a child bathing in water that is the color of a pumpkin, offset at the far end of the tub by a cluster of bath-fun bubbles. Gunnoe wanted to show the committee this photo, but the presiding politicians decided it was inappropriate. (The child was, as bathing children generally are, unclothed.) So the activist presented other evidence instead: ruined streams, stories of people with polluted water and air.

Then, when she was done and preparing to leave, the Capitol Police pulled her aside. Republican members of the panel had suggested that she be questioned about child pornography.

Bady’s telling of the story is thorough and astonishing. But there’s another point that should be made. Each of us has, in our picture albums or in iPhoto, images of ourselves as toddlers similar to Falkenberg’s photo, with one difference: the color of the water. And that’s what should be considered pornographic, unacceptable — not the child covering her skin with it.

Let's call this what it was: an act of pure hateful intimidation on the part of the coal industry's ass lickers in Congress. And the worst part is that they smugly know they can pull shit like this and yet will never be held accountable at election time.


Bonus: A song and video dedicated to the Congresscritters who hassled Maria Gunnoe