The "Mafia" Has Gone Legit 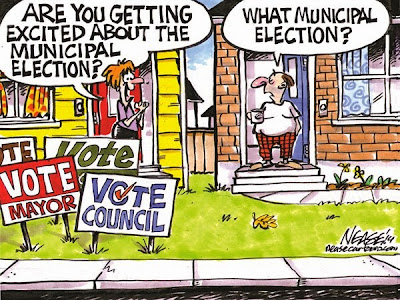 HBO's John Oliver hit another one out of the park this past Sunday with a brilliant rant on municipal fines and the predatory private companies that are now profiting on the backs of our poorest citizens (video embedded below). Watching it, I was reminded of some passages in Gus Russo's book, The Outfit, about the history of organized crime in Chicago, in which he makes a strong comparison between "the underworld" and "the upperworld" and how most of the great American "legitimate" fortunes were made either by using extortionist tactics similar to those of the mafia or through actual organized crime connections.

Russo cites a quote from robber baron Cornelius Vanderbilt, then one of America's richest men, who confessed that: "You don't suppose it is possible to run a railroad in accordance with the statutes, do you?" He also cites the example of John Factor, brother of cosmetics baron Max Factor, who began his business career with a huge, multimillion dollar white collar scam in his native Great Britain, then fled to America an became involved in the Chicago mob in the 1930s. Factor not only avoided extradition thanks to mob influence, at one point with mob help he actually faked his own kidnapping in order to send a business rival to prison for 20 years. Eventually, he ended up running a Las Vegas casino for The Outfit. Late in his life, Factor tried to obscure his criminal background with many philanthropic efforts, and actually broke down in tears when asked by a reporter about his various unpunished crimes. "How many good deeds does a man have to do to erase his past?" he reportedly sobbed. Old Joe Kennedy was probably wondering the same thing right after his son was assassinated.

The point to all of this is that in this age of the war on terrorism, the mafia doesn't make many headlines anymore. That's partly because the FBI and Department of Justice did such an effective job during the 1980s and 1990s of smashing traditional organized crime, particularly the legendary "five families" in New York. But it is also in part because the primary activities the mob made its money on (gambling, loansharking) are now legitimate businesses in the form of widespread casinos and payday lending operations, and because labor unions have been so effectively neutered that they are no longer the cash cow they once were.

As Oliver points out below, incredibly another common mob practice has not only been legalized but is now being perpetrated by private companies on behalf of municipal governments. The video features the victims of legal shakedowns, indigent minor offenders who often ended up paying hundreds or even thousands of dollars in "late fees" because of their initial inability to pay their fines. Difference being that these shakedowns are backed by the threat of imprisonment rather than the target having an arm or leg broken. In fact, Oliver doesn't explicitly make the connection but it is likely that the people shown in his video were not only being shaken down by these private "probation companies" but were also ensnared by legal loan sharks--taking out car title or payday loans in a futile effort to keep paying the ever escalating "vig" on their tiny original fines (last year, Oliver also attacked the payday loan industry--see second embedded video below).

Oliver ends the video with a brilliant point that the "right" to "pursue happiness" should also include the right to fuck up every once in awhile with getting fucked by your own government, or privately hired goons acting on behalf of your government. Of course, rich people already enjoy that right. Robert Durst has been in the news a lot lately, but to me the most astonishing aspect of his case was his acquittal on murder charges after he killed and dismembered his neighbor. Only someone with the millions to afford to buy the best legal defense possible could ever hope that a "self defense" defense could possibly be successful in such a situation.

This is all happening because of a phenomenon I cited in my last post: namely voters in this country idiotically paying the closest attention to the one election that has the LEAST importance to their daily lives and which their vote has become utterly meaningless (for president), and paying the LEAST attention to the elections that not only have the most effect on their daily lives but in which a relatively small number of them could in most cases actually change the outcome (for state and local officials). Now all we have to do is convince them to turn off American Idol (how is that POS show still drawing high ratings after 14 excruciating years?) and get them involved politically in their own communities. Yeah, right...good luck with that.


Bonus: Why does it take an Englishman to so deftly point out what is going wrong in America (Part 2)