Auto Industry About to Take a Hit from Subprime Lending Cap 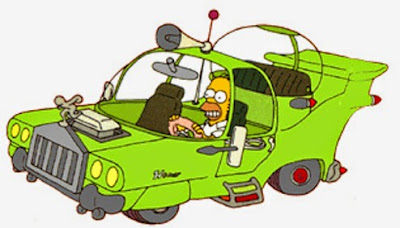 At the time I wrote yesterday's post about the dangerous bubble blowing in new car lending, I hadn't yet seen this article from Wolf Street documenting how the banks that finance auto loans have become so concerned about the perils of subprime lending that Wells Fargo, the nation's largest lender, is slashing its subprime auto lending by nearly two-thirds:


Wells Fargo, which originated $30 billion in auto loans last year, has for the first time put a cap on subprime auto loans, limiting the dollar volume of subprime loan originations to 10% of its total auto loan originations. The New York Times reported that the bank, “according to people briefed on the matter who were not authorized to speak publicly,” has been “increasingly rejecting loans that dealers expected would be approved.”

And Wells Fargo’s subprime cap of 10% of loan volume is setting the tone for the rest of the industry, where the national average has been 27.4%.

Regulators are not only worried about the banks but also about the structured securities auto lending has spawned.

If subprime auto loans go bad in large numbers, as they’re likely to do, the structured securities based on them will take a hit, and investors will get to lick their wounds once again in their chase for yield. Banks and specialized subprime lenders will take a hit too. Megabanks like Wells Fargo might see their earnings get dented, but the amounts aren’t big enough to topple them. Smaller lenders that have specialized in subprime might not be so lucky. But the auto loan subprime bubble, when it implodes, won’t sink the US financial system as a whole; it’s just not big enough.

Yet if these lenders are cutting back on subprime lending in a drastic manner, all heck will break lose in the auto industry.

What what motivated me to write yesterday's post was the glaringly disturbing fact from the seemingly innocuous USA Today article I linked which said that the average amount financed for new car loans had risen by almost $1,000 in just one year. Immediately and without doing any other research, I recognized that such an increase indicated that a dangerous bubble had formed in both new car lending and the new car sales. To see my hypothesis confirmed so quickly by the lending industry itself was really quite remarkable.

I've said this before: it really doesn't take any fancy degrees or insider knowledge to decipher what is really going on in our economy and our society. All it takes is applying a little common sense to the information that is readily available out there. But sadly, common sense is out of fashion these days.


Bonus: This one is way too easy