The Earth’s Vertebrate Wildlife Population has Halved in 40 Years 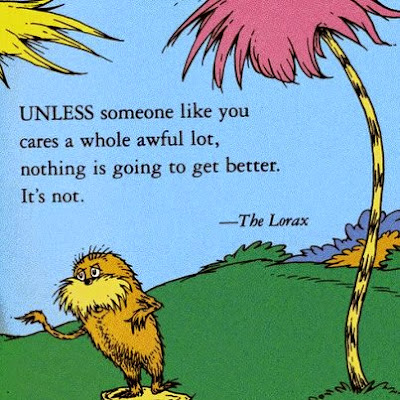 And that doesn't even include members of congress (bada-BING!).

Actually, this story from The Independent makes me very ashamed of my own species:


The world’s wildlife population is less than half the size it was just four decades ago, with unsustainable human consumption and damage from climate change destroying valuable habitats at a faster rate than previously thought, a new report has warned.

The number of vertebrates, which make up the bulk of Earth’s visible animals, has dived by 52 per cent over the past 40 years. Biodiversity loss has now reached “critical levels”, the report warns.

But some populations of mammals, birds, reptiles and amphibians have suffered much bigger losses, with fresh water species declining by 76 per cent since 1974, according to the Living Planet Report by the conservation campaign group WWF.

There's not really a whole lot I can add to this awful report other than to say you're either a person who actually gives a fuck about the problem or you're one that doesn't. And even if you reside squarely in the former camp, there isn't really fuck all you can do about any of it.

Reduce your carbon footprint as much as possible? Yes, absolutely. Just living below your financial means, which is a smart thing to do anyway if you are able, will help in that regard. But never believe it will add up to anything so much as a cure for what we human beings are doing to the natural world.


Bonus: "Come closer and see...see into the dark"