The Billionaires Do Not Care About the Integrity of ANYTHING 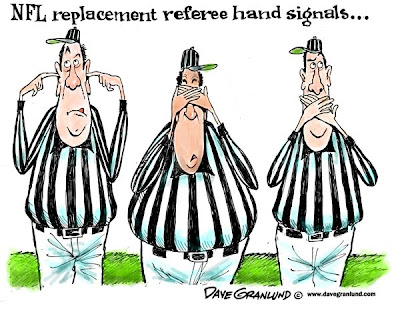 Hoo-boy, did Americans wake up out of their usual slumber and get all hot and bothered this week. There was consternation and gnashing of teeth from coast to coast and even out into the various territories. For a moment there, it looked like public anger would boil over and infuriated citizens would pour out into the streets in mass protest. Howard Beale, where are you when we need you? We’re mad as hell, and we absolutely are not going to take this shit anymore.

So what was it that stirred the masses from their media-induced numbness and fueled their growing outrage? Was it the latest war atrocity against innocent civilians overseas committed by a declining empire fighting a desperate rearguard action against the unceasing march of history? Was it the latest federal government bailout of Wall Street banksters who then turn around and send middle class jobs to the country that the Pentagon war pigs tell us is supposedly the worst geopolitical threat we face in the world? Perhaps likely voters are finally waking up to the fact that the approaching presidential election is a sham and that there is virtually no difference between the two major party candidates on any issue of substance?

Don’t be silly, Natch. I’m talking about the horrifically blown call by replacement referees at the end of the nationally televised Monday Night Football game that gave the Seahawks an “undeserved” victory over the Packers.

That’s what it comes down to. That’s what it takes to get the idiots upset in this stupid country. You can bone them up the ass for more than 30 years, slowly stealing their prosperity, security and their children’s futures, but goddamnit don’t allow a meaningless game between two groups of steroid-fueled, overpaid millionaires to descend into a comical farce. That’s taking things a bit too far.

What’s most amusing to me about this latest tempest in a Hologram teapot is that there actually is a very good lesson to be learned from this debacle even if you are not a sports fan. In fact, let me briefly summarize the issue for those of you who do not spend your autumn Sunday afternoons glued to your television screens. The NFL is run by a group of 31 billionaire owners (and the Green Bay Packers, who are owned by the city of Green Bay) who just signed a $20 billion national television contract to broadcast their mediocre games into every household in the land. That big, fat wad of teevee cash virtually guarantees that the owners will make a profit every year no matter how well they manage (or mismanage) their teams.

Moreover, for the past 30 years NFL commissioners have been steadfastly pushing league player personnel rules in such a way to encourage “parity” (mediocrity), meaning that the talent level on each team now evens out enough so that there are no true dynasties anymore and most individual games are closely fought contests. This “balance” is supposed to generate even more fan excitement and interest (and, not incidentally get them spending even more of their hard earned money on NFL merchandise). Unfortunately, there is one little problem that comes with parity, and that is the nature of the game itself, in which subjective penalties called by the referees in a tight contest—pass interference, holding and personal fouls in particular—can swing the results of an individual game one way or another and one bad call can negate the strenuous efforts of the players on the field.

So here you have a league in which the quality of play has already been deliberately watered down, resulting in many close games in which the quality of the refereeing is already crucial to maintaining its integrity as an athletic competition, and what do those billionaire owners with the $20 billion television contract do? Try to save a few paltry million dollars by locking out the regular referees and bringing in a bunch of incompetent scabs to replace them. There just could not be any more fitting metaphor for what the oligarchs who really run this country have been doing to the workers for the past 30 years with the complicity of the bought-and-paid for politicians.

Those sportswriters and fans who are now shrieking about how the integrity of the NFL has been damaged by the use of replacement referees are pissing in the wind. Obviously, the billionaires who run the league could not give a shit about the game’s integrity just so long as they can keep reaping billions of dollars in profits from it. Winning is nice, but making money is all they really care about. If you were to hold a gun to the head of any NFL owner and force them to answer honestly whether they would rather have their team win five Super Bowl Championships or receive a sweetheart new stadium deal with plenty of luxury skyboxes from the taxpayers of his state, I guarantee you that every single one of them would take the stadium deal over the Lombardi Trophies. That’s what separates them from the idiot fans who root for each team: the fans genuinely care whether the team wins or not.

It’s the same thing across all aspects of American society. Yesterday, I posted again about Bain Capital closing the Sensata manufacturing plant in my hometown of Freeport, Illinois, and sending the jobs off to China. You would think that such a horrendous action would rip the heart out of anyone who really cares about this country and about the welfare of its citizens, but clearly the sociopathic assholes who run Bain Capital and the poodle politicians they keep in their back pocket—from Willard Romney to President Hopey-Changey—do not care about America any more than those NFL owners do about the supposed “integrity of the game.”

Always remember that when everything in a society becomes a commodity to be bought and sold without sentiment or feeling, that society eventually reaches the point where nothing is sacred or has value for its own sake. Those who would defend the “right” of the oligarchs to do as they please should always bear in mind that what separates us as American citizens in the early 21st century from the historical human norm when life for most people was truly “nasty, brutish and short” was that brief period after World War Two when America temporarily built a more equitable and just society that allowed most citizens and not just the oligarchs to enjoy the fruits of fossil fueled prosperity. The game has since changed, the age of abundance is coming to an end and all of that is now being ripped away. So you should ask yourself: is it more likely after the dust settles that I will be one of the tiny minority of global oligarchs who rule the planet with an iron fist, or instead will I be one of the vast majority of hopeless peons who are exploited to death so that their rulers may extract every last ounce of value from our resource depleted world?