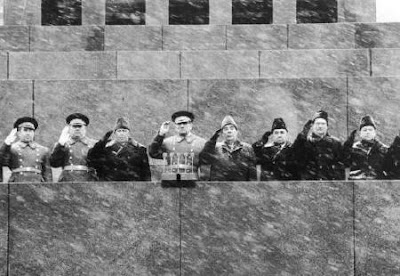 Well, the excruciatingly horrible Democratic and Republican National Conventions are now over and the general election campaign can "officially" begin in earnest. In reality, however, the selections of Willard Mitt Romney and President Hopey-Changey to be the respective nominees of the only two parties which matter were actually made a long time ago. It was a foregone conclusion that no matter how often President Sellout rubbed his delusional supporters' noses in the dogshit that is his undying support of big business, war and empire he would face no reelection challenge from the left wing of his own party. As for Willard, despite the fact that his party's base hates his RomneyObamacare passing guts and a couple of rogue billionaires tried to throw a monkey wrench in the process by momentarily underwriting challenges from the hilariously inept Rick Santorum and Newt Gingrich, the fix was in from the beginning. The last Republican president was the first MBA to hold the position, and now the party has gone one step further and ended all pretense by nominating a full blown Wall Street oligarch as its standard bearer. That's what passes for "progress" in American politics these days, I'm afraid.

It sort of reminds me of the farcical elections they used hold in the old Soviet Union. Communist regimes always seemed to have the words "Democratic" or "Republic" somewhere in their official title, so as a result I guess they thought that they had to go through the motions of allowing their citizens to actually vote for something. How it worked was the Communist party selected all of the candidates, there would be a few weeks of campaigning and then the voters were free to vote for or against each candidate. Routinely, candidates would receive about 99% of the vote each election day and then when the farce was over everybody would go back to standing in line waiting for turnips.

In America today, by contrast, each party's oligarchs select which "safe" candidate they are going to spend hundreds of millions of dollars supporting so that they can utterly obliterate any troublesome outsiders with thoughts of puling an upset in the primaries. And in case any of the non-select don't get the memo, they'll use their dictatorial powers to completely stifle them and their supporters at the convention (please go sit in a corner and shut up, Dr. Paul). The two nominees might differ on a few issues of no importance to the monied interests such as abortion and gay marriage, but when it comes to unwavering support of big business, war and empire they really will be, as the old political adage goes, an echo and not a choice.

The office of President of the United States has in effect become equivalent to the position of Premier of the Soviet Union, who was the titular head of government but took his marching orders from the elites, particularly the General Secretary of the Communist Party, who really ran the country. In America today, the oligarchs are not a completely unified group, and their battles for supremacy each election cycle may seem very real to them as evidenced by the billions of dollars now thrown into the campaigns in our post-Citizens United dystopia, but the results for the average person are always the same no matter who wins. That's how you get a guy installed in the Oval Office on the basis of his very tepid opposition to the Iraq War who then turns around and doubles down on the even more unpopular and pointless Afghanistan occupation.

On November 6th, more than 100 million Americans will dutifully trudge off to the polls to vote for one of two members of the ruling class who are no more representative of their interests than the candidates on those old Soviet ballots were for the average Russian or Ukrainian. Sure, there will be a few fringe third parties on the American ballot like the Libertarians and the Greens to make it look good, but 99%+ of the voters will cast their lot with the oligarchs, just like they did in those old Soviet elections. The one real difference is that the denizens of the Soviet Union likely suffered no delusions as to whether they were participating in anything other than a sham imitation of a true democratic process, which is far more than you can say about their contemporary American counterparts.


Bonus: "They couldn't hear this song in Russia...but couldn't understand the words anyway"