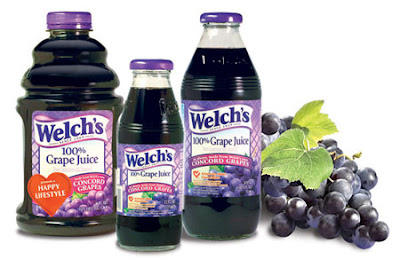 Here is another reminder that climate change doesn't mean just warming, but a greater frequency of weather EXTREMES. It was just a month ago when Michigan was basking in unprecedented late-winter 80 degree weather. And then came the reversal, as reported by a local Michigan television station:


SAINT JOSEPH, Mich. - For Welch’s grape growers, it was the most devastating frost in Michigan’s history. That’s according to the National Grape Cooperation, better known as Welch’s Foods.

Cold temperatures wiped out 95 percent of all the juice grapes in Berrien, Cass and Van Buren County.

Jasper had a difficult job Friday. He and two other Welch’s surveyors tried to figure out how many grapes the company could expect this year at harvest. “I went through hundreds of acres before I found a spot that had a live bud,” he said.

“I’ve probably been to 100 farms in the last two days,” said Jasper. “The majority (are destroyed) 95 percent.”

According to the National Grape Cooperation, Berrien, Cass and Van Buren farmers collected $24 million in 2011. Jasper said in 2012 they would be lucky to net $2 million.

The situation gets worse for Paul Bixby of Bixby Orchards in Berrien Springs. “Mostly on this tree, everything is gone,” Bixby said pointing out a devastated apple orchard.

Bixby didn’t only lose the grapes. He estimates Thursday’s frost killed half of his apple crop. “You can see the black and you can see five in that cluster. All of them look the same.”
“A lot of these guys know the numbers and they know they’re in trouble,” said Jasper. He said so many juice grapes are gone it’s not cost effective for farmers to harvest the grapes that survived.

Jasper said Welch’s Foods gets one-sixth of their grapes from Southwest Michigan. “This is probably our worst year,” he said. The frost could force the company to change its recipe for some of its products.

I guess we should prepare for higher grape juice prices, among other things.


Bonus: Why Moby Grape, of course...what else?