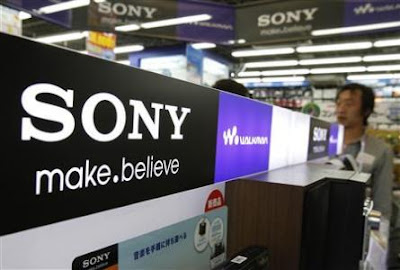 There was no immediate word on how many jobs the Sony Corporation will be cutting stateside as a result of their mass layoff announcement today. Here is MarketWatch with the story:


Sony Corp is planning to cut its worldwide workforce by about 10,000, or by 6%, with the layoffs coming by the end of the year, according to a report in the Nikkei newspaper on Monday. Seven senior managers, including Chairman Howard Stringer, are expected to give up their bonuses for fiscal 2011, the Nikkei said. Sony reported a net loss for the recent fiscal year ended in March, dragged in part by a poor performance at its LCD television unit, with the earnings result marking its fourth straight loss-making year.


Sony's shares, which fell 3% earlier in the day, rebounded as much as 1.5% following the report. The stock ended the day 0.6% higher.

Yep...because there is nothing like having your potential customer base reduced by 10,000 to boost those sales of useless LCD televisions.
Posted by Bill Hicks at 1:37 PM