America is Truly the Exceptional Nation 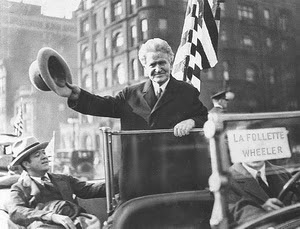 Looking back upon the last few years, it really is amazing just how great things are going in America these days. President Obama has turned out to be a combination of Abraham Lincoln and FDR. Not only has he done more for black people from the Oval Office than any president since the Great Emancipator, his economic record has been right up there with the New Deal as the best thing that's ever happened to working class and middle class Americans. If you don't believe me, look at all the outstanding recent job creation numbers. The Obama record on foreign policy has been nearly as successful. Not only did he turn Afghanistan into a stable democracy, but Iraq is peaceful and prosperous and life in Libya is so much better since Obama helped depose their evil dictator.

Based on his record I am convinced that Obama's visage should be etched in stone atop Mt. Rushmore as the fifth president to be so honored. In fact, when his likeness is rightfully installed up there they should make sure they paint the rocks to match his skin tone. What better way to remind future generations of the incredible wisdom Americans showed in 2008 by making him our first ever non-white president.

Obama's legacy would be best reinforced with the election next year of Hillary Clinton, who is by far the best qualified of all the likely candidates. Not only was she a fantastic Senator and the best Secretary of State we've ever had, but she already has eight years' worth of White House experience as First Lady. In fact, I'll give you my own personal campaign moniker for election 2016 right now: "You Know the Drill, Now Vote for Hill."

Hillary could face a tough challenge in the form of Texas Senator Ted Cruz, who admittedly is one of the wisest and most level-headed statesmen I've observed in my lifetime. Besides, he's a Texas politician who attended two Ivy League schools, what could POSSIBLY go wrong with a resume like that one? Cruz is likely to be challenged for the nomination by Wisconsin Governor Scott Walker, who has been the best friend to the working man his party has seen since his own state's legendary Senator Robert "Fightin' Bob" LaFollett Sr., who once said: "No free people in history very long maintained their political freedom after having once surrendered their industrial and commercial freedom."

Of course, all of these good times would not be possible without some good old fashioned American know how and ingenuity. Thanks to the ingenious entrepreneurs in the fracking industry, American oil production has increased so much that we are once again energy independent and no longer need any oil imports at all. With gasoline prices plummeting, every American should do their patriotic duty and go out and buy the biggest SUV or pickup truck they can find--it's great for the economy, after all.

Yes, it feels so exceptional to be living in such exceptional times in this truly exceptional nation. Now if y'all will excuse me, I'm going to go out and get one of those big ass American flags that platoons of soldiers carry onto football fields during the national anthem so I can bring it home and drape it over my house.