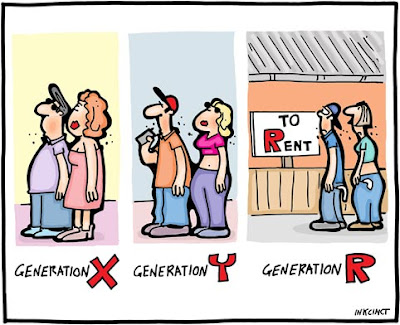 This story from MSNBC makes for a pertinent follow up to my post this morning about the continued effects of the housing crash on Kane County, Illinois:


Brian Keith is busier than ever as the architecture firm he works for rushes to wrap up work on a 300-unit apartment complex in Dallas.

The project is one of dozens the firm, JHP Architecture, has on its hands -- a surge of business driven by a rise in demand in the United States for rental properties.

The increased demand has forced JHP to expand, and it expects to keep hiring at least through the first quarter.

"We're seeing overall work come back and there's a backlog of contracts to go through," said Keith, director of urban design and planning at JHP. "There's strong interest in multi-family units and plenty of pent-up demand."

With U.S. unemployment at a lofty 8.6 percent, home foreclosures rising and property prices under pressure, more and more Americans have given up the dream of owning, opting instead to rent, a shift that is remaking the face of the U.S. housing industry.

The percentage of Americans who own their home dropped from a peak of 69.2 percent in late 2004 to a 13-year low of 65.9 percent in the second quarter. It edged up to 66.3 percent in the third quarter of this year.

On the flip side, the percentage of rental properties that are empty fell to 9.8 percent in the third quarter from 10.3 percent a year earlier.

In a recent report, Oliver Chang, an analyst at Morgan Stanley, dubbed 2012 "The Year of the Landlord."

"Rents are rising, vacancies are falling, household formations are growing and rental supply is limited," the Morgan Stanley report stated. "We believe the demand for rental properties will continue to grow."

Groundbreaking for new housing jumped 9.3 percent in November to the highest level in 19 months, fueling optimism that the battered housing market was regaining its footing.

The gains, however, were almost solely in multifamily housing. Groundbreaking for structures with five or more units shot up more than 30 percent from October to now stand at nearly double the year-ago level.

This trend will likely continue for as long as the temporary stabilization of the economy, purchased by unsustainable levels of federal deficit spending, is maintained. Once the economy resumes its free fall, however, people are going to rapidly approach the point where they can no longer even afford to rent. And that is when the slow-motion collapse of the economy will become visibly obvious at street level.


Bonus: Because there really is only one thing you can do when you can't pay the rent