Wherever Your Ancestry, Being an American Means the Freedom to Consume as Much of the Planet’s Resources as Possible 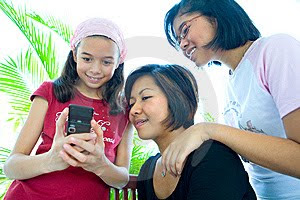 I’ve mentioned before that I am a resident of Fairfax County, Virginia, just outside Washington, DC. As much as I have complained about the insular nature of residing in a well-to-do community full of folks who work in and around the imperial capital, there are certain aspects of living here I do like. One of them is the diverse nature of the local population. On any given day you literally see people from just about every major ethnic group, religion and nationality in the world around here. I’ve lived in my current residence for 14 years, and during that time have had a Jewish family, and Indian (subcontinent) family, two Korean families and a Hispanic family as my next door neighbors (the downside is it is a transient neighborhood). Going out to dinner, you can partake of just about any kind of world cuisine there is should you be so inclined. My community is a nearly perfect mosaic of the American melting pot.

One thing that becomes apparent when you live around such a diverse group of suburbanites for a long period of time is that no matter where they hail from, or what religion they practice, or what social customs they may have followed back home, once they have been here long enough they truly start to become modern day Americans. By this I don’t mean that they are grateful to have the “freedoms” that Americans supposedly enjoy, although maybe some of them did come here to escape political or religious repression in their own countries. No, what I mean by that is they all to a greater or lesser extent become perfect American consumers.

This is particularly noticeable among the younger generation; the teenagers and college age children who have been here all their lives. The high school age daughter of the Indian couple who currently lives next door to me could in her appearance and mannerisms easily pass for as the child of a pair of blonde-haired, blue-eyed WASPs. She dresses in the latest fashions sported by well-to-do teenagers everywhere, is constantly chatting and texting on her IPhone and was given a car to drive by her parents as soon as she turned sweet 16. The only indication that she retains some knowledge of her cultural identity was a recent performance of traditional Indian dance she gave at her high school.

I should emphasize that I do not begrudge her or her family for wanting to live their lives in their adoptive country the same way as any other successful American would. Just because their family moved here much more recently than mine does not mean they have any less right than I do in that regard. What it really goes to show, however, is that the great appeal of America to many people around the world is not necessarily the right to speak freely, or have a free press or even to own a firearm, but instead the fossil-fuel enabled abundance that allows even the average citizen wealth and convenience inaccessible to all but a tiny elite in many other countries. This is the real essence of the American Dream for many people.

Historically, legions of immigrants have come to America more for economic reasons than to escape persecution. The Statue of Liberty would be more reflective if the great lady were draped in Gucci and carrying a Coach handbag instead of a torch. Unfortunately, however, as America enters the latter stages of an economic decline that began shortly after our domestic oil production peaked in 1970 this dream is becoming more and more inaccessible to those who grew up here, let alone those coming from other nations in pursuit of it. When the day finally comes that emigration to America trickles to a halt it will be due to economic collapse rather than because of any elaborate border fences or rigorous internal identification checks (sorry, Arizona).

When Americans proclaim that their country is founded upon freedom, what they really mean even if they don’t realize it is the freedom to make a buck and consume. All other aspects of freedom in America are secondary and always have been. Nativists who point the finger at immigrants as the source of our economic ills are misdirecting their ire. Those accusatory fingers should instead be pointed squarely at themselves for our current economic predicament is the result of decades of rampant, uncontrolled consumerism--pursued by the public and urged on by the politicians they vote for--that has pushed our economy well past the point of long term sustainability.
Posted by Bill Hicks at 6:22 AM