New Poll: 85% of Graduating College Seniors Plan to Move Home with Their Parents 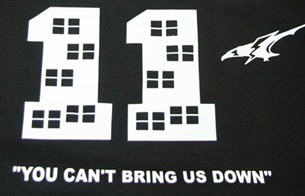 
Surprise, surprise: Thanks to a high unemployment rate for new grads, many of those with diplomas fresh off the press are making a return to Mom and Dad's place. In fact, according to a poll conducted by consulting firm Twentysomething Inc., some 85%of graduates will soon remember what Mom's cooking tastes like.

Times are undeniably tough. Reports have placed the unemployment rate for the under-25 group as high as 54%. Many of these unemployed graduates are choosing to go into higher education in an attempt to wait out the job market, while others are going anywhere — and doing anything — for work. Meanwhile, moving back home helps with expenses and paying off student loans.

The outlook isn't sunshine and roses: Rick Raymond, of the College Parents of America, notes, "Graduates are not the first to be hired when the job markets begins to improve. We're seeing shocking numbers of people with undergraduates degrees who can't get work."

Stunning. This goes to show the sheer number of young adults who are just now finding out how little most college degrees are actually worth these days. One of the most heinous of the many Big Lies being told in America these days is that our brightest (and many not so bright) young people should saddle themselves with tens if not hundreds of thousands of dollars in student loan debt in order to earn that piece of sheepskin. The cruel reality doesn’t dawn on them until they have matriculated into a job market that has yet to absorb the vast majority of those from the three previous graduating classes. And yet the article says that many of them are doubling down on their bad bets by taking out even more loans to go to graduate school and “wait out the job market.”

This plight of our recent college grads is one of those dirty little secrets that those who spout the rhetoric of green shoots and economic recovery hope you won’t notice. And for the most part people haven’t. Except for the occasional newspaper story, this vitally important issue has gone virtually uncommented upon in the mainstream media.

Why is that? Some will tell you it’s because the media is owned by corporations who are connected to corporations who earn profits selling ever larger amounts of student loans to gullible youth and parents knowing that it is the one form of debt that virtually cannot be discharged in bankruptcy. And certainly you can’t discount that as a factor.

But I have a different theory. I think it is more the case that most people, even the students themselves who are being turned into debt donkeys, don’t want to hear truth—that a college degree is no longer an automatic ticket to the middle class in America. In fact for most it has become exactly the opposite, a gigantic financial burden that will drag them down for the rest of their lives. They don’t want to hear it because they want to believe so desperately that the American Dream has not been forever cut off from their reach.

It will be interesting in a gruesome sort of way to watch how this plays out as America continues along the path of a long slow decline towards eventual oblivion. The job market really started to turn south in 2008, which means that the seniors who graduated that year have been out of school for three years and those who were freshman then are just graduating now. How long before many of them finally start speaking honestly about what is happening to them? And what will be the response of a society whose “leaders” take payoffs, er campaign contributions from the education industry and from the banks that provide the student loans?

The saddest irony is that many of these same young people were energized and excited by the candidacy of Barack Obama during the same year that all of this started. On election day 2008 in throngs of students from nearby Georgetown and George Washington universities stood in groups on street corners in my area holding hand painted Obama signs and waving at every car that passed. Obama’s broken promises of “change we can believe in” have been a catastrophe for America, but there is no group to whom his betrayals have been more cruel than to those young adults who were among his biggest supporters.
Posted by Bill Hicks at 6:01 AM