The U.S. Postal Service is Teetering on the Edge of Insolvency 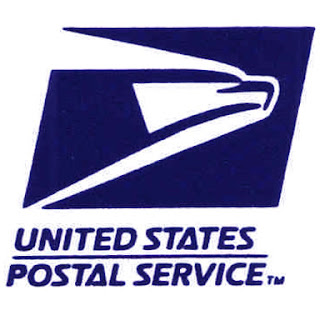 
The U.S. Postal Service, which says it will be insolvent by September without congressional permission to delay a required payment, reported a widening second-quarter loss as first-class mail volume declined.

The loss expanded to $2.6 billion in the three months ended March 31 from $1.9 billion a year earlier, Louis Giuliano, the chairman of the Postal Service’s board, said today at a meeting in Washington. Revenue declined 2.8 percent to $34.1 billion. The volume of first-class mail, the most profitable mail type, fell 7.6 percent.

The Postal Service, which reported a loss of $8.5 billion in its 2010 fiscal year, is seeking to cut expenses by eliminating Saturday mail delivery and restructuring labor contracts. It’s also urging Congress to change laws requiring it to pay now for health-care benefit costs of future retirees, saying that it will otherwise run out of cash.

It's pretty clear that the U.S. Postal Service is in deep, deep trouble and that only an economic rebound is going to save it from insolvency and eventual bankruptcy. Since that rebound will not be forthcoming, the days until we reach the end of mail service as we know it are numbered. The federal government COULD of course bail Postal Service out, but with deficits exceeding $1.5 trillion a year, that possibility seems more remote all the time.

Starting back in 2008, the Postal Service was hit with a perfect storm of advancing innovations in electronic communications which resulted in a decline of first class mail combined with skyrocketing delivery costs due to higher oil and gas prices. Like the airlines, the current business model of the Postal Service was designed back when fuel was cheap and expected to be so forever. The era of permanent $100+ a barrel oil means it can no longer deliver its services at a price that customers are willing to pay. The only question remaining is how long before the body stops twitching for good.

It amazes me that many people are utterly unconcerned about the potential demise of the Postal Service, or are even actively contemptuous of it. Even if you disdain old fashioned snail mail or prefer paying a premium to overnight services like Federal Express, the Postal Service remains a critically important American institution. The original United States Post Office, as it was then known, is older than the nation itself, having been formally founded in 1775 by Benjamin Franklin. Old Benny knew a thing or two about the what was needed to keep the fledgling United States together as a unified nation. In fact, the Post Office was considered so important to the nation that the position of Postmaster General was elevated to become one of the earliest members of the Presidential cabinet, joining President George Washington's Secretaries of State, Treasury and War in 1792.

However much people might complain about the Postal Service, the fact that you can still send a first class letter anywhere in the country at the current rate of $44 cents is still a marvel. Having such such a service ought to be a source of great national pride, but over the years it has inexplicably lost the respect of much of the populace like so many other vital governmental institutions. When its final demise does finally come, the end of America as a viable nation likely won't be far behind. Already, rural communities are becoming more isolated as smaller Post Offices around the country are being closed or consolidated.

Reading over the Bloomberg story again you can see so many elements of America's future as world oil supplies dwindle. Declining services, failing complex institutions and a large body of middle class workers who will soon lose their benefits because their employer can no longer afford to pay them and their job security because so many others are unemployed and would be willing to take their jobs. This story is being repeated all over America as our economy slowly dies. And anyone who thinks it isn't eventually going to affect them is in for a rude awakening.
Posted by Bill Hicks at 6:03 AM