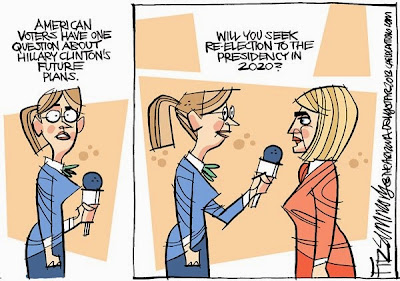 Perhaps no prominent organization more perfectly reflects the decline and fall of American representative democracy than the Democratic Party. For it was the Democrats after their 1968 convention disaster in Chicago who begrudgingly decided to truly change their way of picking presidential candidates to reflect the leftist populism that was then ascendant within the party, and appeared as though it would be the dominant strain of American politics for the foreseeable future. The Democrats defused the power of their party bosses to choose their nominees much more thoroughly than the Republicans ever did—embracing primary elections in as many states as possible to choose the delegates who would pick their standard bearer. The Republicans eventually followed suit, but did so in a way that still left as much power as possible within the hands of the establishment.

Unfortunately for the Democrats the first product of this process, Senator George McGovern, the most liberal major party nominee ever, would in 1972 suffer the then-worst general election defeat in American history. Nevertheless, the pattern was set as insurgent candidate Jimmy Carter went from Jimmy Who? to the nominee in just a few short months in early 1976. Once again, however, an outsider candidate proved a poor choice politically even if in his single presidential term Carter attempted to guide America out of the moral swamp of the excruciating Vietnam and Watergate years. Regrettably, Carter's defeat by Ronald Reagan in 1980 was nearly as bad a debacle as the McGovern disaster and it soured the Democrats on true populist candidates.

As a result yet another insurgent candidate, former McGovern campaign manager Gary Hart, failed to topple establishment choice Walter Mondale for the nomination in 1984. Mondale’s whipping by Reagan was even worse than Carter’s and left the party in disarray on the national level, as the rugby scrum of pygmy candidates in 1988 and the disastrous nomination of Michael Dukakis that year showed. By 1992 hard lessons had finally been learned, as moderate “new” Democrat Bill Clinton adopted the insurgent’s playbook as his own to win the nomination. Unfortunately, Clinton's subsequent triumph in the general election (defeating a true insurgent candidate, Ross Perot, along the way), turned out to be a pyrrhic victory for Democratic activists.

By 2000 the Democratic establishment was firmly back at the helm, as Al Gore breezed to the nomination easier than any non-incumbent Democrat had going all the way back to Adalai Steveson in the 1950s. Had Clinton kept his dick out of Monica Lewinsky’s mouth--or had Gore just managed to run a more energetic campaign--he would have won easily, yet somehow he and 2004’s plodding establishment candidate, John Kerry, both managed to kick away close races to the worst president in American history.

By 2008 the Democrats smelled blood in the water and were hungering for a general election win, only to get sidetracked in a huge battle over identity politics as the first woman to have a realistic chance to win the presidency battled the first non-white man with the same aspirations even as the teetering Bush economy finally imploded in the background. Hillary Clinton was initially the establishment candidate, but Obama used the same insurgency tactics and bogus message of hope her husband had in 1992 to prove his electoral viability, and he then won over enough of the major players to secure the nomination.

More importantly but much less noticed was Obama’s decision to forgo federal campaign financing, which had been accepted by every major presidential candidate since Watergate but which severely limited the amount of donations a candidate could receive from any one source. With the financial backing of numerous Wall Street and big business players, Obama raised over $600 million during the 2008 cycle, a staggering sum at the time. In their elation at Obama’s victory, the Democratic party activists largely ignored the dangerous precedent his campaign had set just three years before the Supreme Court’s Citizen United decision removed the last remaining barrier to America becoming a true elitist oligarchy.

Flash forward to the year before the 2016 race and it is uncertain whether any other “name” candidate will even try to challenge Hillary Clinton, who appears to have already locked up the support of the party establishment and the huge amounts of Wall Street and big business money that go with it. On an even monetary playing field, Elizabeth Warren would likely have a decent chance to be 2016’s version of Obama and knock Hillary off. But Warren has earned the permanent enmity of Wall Street due to her relatively modest attempts to reform the financial system. Even if Warren attracts large numbers of small individual donations like Obama did in 2008, she could never hope to compete with Hillary’s war chest and ability to dominate the airwaves in early primary states.

Bernie Sanders is the closest thing to a genuine liberal who might enter the fray, but he has less chance at the nomination than Warren and could only potentially affect the election’s outcome by playing a Ralph Nader-like third party spoiler role. Some liberal bloggers are so desperate they are actually advocating for Joe Biden to make what would be his third run for the nomination, conveniently ignoring the fact that Biden has spent the last six plus years carrying water for the Obama sellout presidency and before that spent decades as the credit card companies’ best friend in the U.S. Senate. Beyond those names, dreamers like Martin O’Malley and Jim Webb would seem to be angling to be an eventual vice presidential selection rather than making truly serious bids for the top spot.

So unless something dramatic happens between now and when the actual primary voting gets underway a year from now, the Democratic nomination is Hillary’s to lose. It is even possible that we might see something unprecedented in the years since primaries came to be the preferred method of selecting convention delegates in the early 1970s--a non-incumbent candidate walking to the nomination of a major party virtually unopposed. If so, it would be the most dramatic illustration yet of the corrosive effects of big money on American politics in the post-Citizens United era.

In the past couple of months I’ve heard numerous people express their dismay at the possibility of another Bush-Clinton presidential campaign, and such an eventuality should make it clear to all except the most completely thickheaded that American democracy is dead and and will be buried in 2016 under a mountain of presidential campaign cash that is already predicted to soar as high as $6 billion or more. That is an incredible figure when you consider that what it's really buying is merely an elaborate illusion that, especially at the presidential level, there remains even a dime's worth of difference between the two major parties.