What do Jerry Brown and Samuel L. Jackson Have in Common? 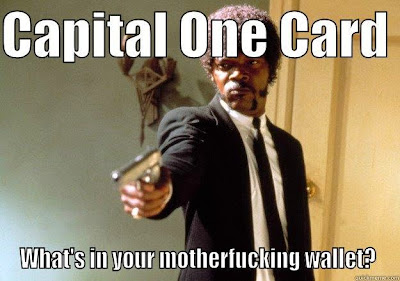 "You either die a hero or you live long enough to see yourself become the villain."

So says Aaron Eckhart as fictional District Attorney Harvey Dent in the movie The Dark Knight, not long before his kidnapping and horrible disfigurement by Heath Ledger's Joker turns him in exactly the way he predicted. In real life such transformations are far more subtle and usually take far longer to reach fruition. Two such contemporary figures who both happen to hail from the great and wacky state of California but who could not have more disparate backgrounds, beloved actor Samuel L. Jackson and current California Governor Jerry Brown, are living proof that for reputation's sake it is rarely a good idea to hang around too long in the public eye.

Let's start with Jackson, who American moviegoers love for his admittedly intense performances in such movies as Pulp Fiction and the remake of Shaft (can you dig it?). Few popcorn munchers are aware, however, that during his student days Jackson became so outraged by Martin Luther King's assassination that he joined the Black Power movement and in 1969 participated in holding members of the Morehouse College board of trustees hostage on the campus, demanding reform in the school's curriculum and governance. You can readily imagine Jackson going into that battle carrying a wallet with "Bad Motherfucker" etched in the leather. He was later convicted of a second degree felony for his actions, and clearly this was a young man willing to go to jail or even risk his life in order to fight systemic abuse and injustice directed toward black Americans.

Flash forward 45 years later, and the bad motherfucker has mellowed out a bit. In fact he's mellowed out so much that he has become unavoidable on commercial teevee as a pitchman for Capital One, hawking credit cards to already seriously over-indebted American citizens consumers idiots. Not only was Capital One bailed out by the taxpayers during the financial crash to the tune of over $3.5 billion, but the company's current credit card interest rate charged for purchases is 24.9% on money that the bank can, of course, borrow from the Federal Reserve for next to nothing.

It should go without saying that credit card debt most heavily burdens lower income Americans, who are disproportionally black and minority. But more surprisingly is that even middle class black families have come to lean heavily on high interest credit card debt, to the point where nearly four out of five such families are so indebted. Yet there is nary a negative word publicly uttered about Jackson's massive sellout of his previous principles despite the fact that his net worth is currently estimated at $170 million, and he hardly has any financially motivated reason to be out hawking debt to those, especially those of his own race who he once seemed to care about so passionately, who can ill afford it.

Next we have the example of Jerry Brown, who for much of his career campaigned vigorously against the corrupting influence of big money in politics. So how is all that going these days? Here's the Sacramento Bee with the scoop:


Brown began his political career in the 1970s as a radical governor who would take down political corruption and outsized donations from lobbyists. The Brown we see today courts millions in campaign contributions from big corporations and looks the other way when a key government official is caught red-handed trying to protect the company he is supposed to be investigating.

In the case of disgraced PUC President Michael Peevey, Brown has not demanded Peevey immediately resign from office, despite the recent unearthing of his blatantly improper and unethical intervention on behalf of PG&E. The PUC is supposed to hold PG&E accountable and protect the public in the aftermath of the 2010 San Bruno pipeline explosion. What we find instead are backroom deals, bribery, questionable rate hikes, and hand-picking judges who will be favorable to PG&E and the utility industry Peevey comes from.

Brown’s governance has failed to set a standard condemning influence peddling in Sacramento.

The changes in Brown’s campaign fundraising over the years are a signpost of the kind of leader he has become. Unlike his first gubernatorial campaign in 1974, during which he attempted to ban direct contributions from lobbyists, or his campaign for president in 1992, when he wanted candidates to cap donations at $100, Brown’s most recent campaigns have been marked by raising some of the largest sums in the country. The $25 million in the 2014 race came overwhelmingly from big corporations, labor unions, oil companies and wealthy individuals known for lobbying state government.

The means by which Brown secures such hefty contributions came under suspicion in January, when he asked the California Supreme Court to reverse lower court rulings blocking high-speed rail. Brown filed the appeal just three days after Tutor Perini Corp. – the contractor that won a $1 billion contract for the project despite having the lowest technical rating of those bidding – donated the maximum $27,200 it could to Brown’s campaign.

Is it any surprise that in September Brown vetoed an ethics bill (Senate Bill 1443) that would have required more campaign finance disclosure and reduced the value of gifts lobbyists can give state officials?

No it really isn't a surprise given that it has been quite awhile since anyone, even a politician of Jerry Brown's stature, could be elected to a major post like Gubbner of California WITHOUT pocketing vast sums of cash from such sources. At some point "Governor Moonbeam," who during his first stint as governor during the mid-1970s lived in a modest apartment instead of the governor's mansion and drove around in a Plymouth Satellite sedan instead of being chauffeured by limousine, recognized that he either needed to compromise his principles or give up politics, and we can see which route he chose.

I highlighted these two examples to demonstrate just how commonplace and mundane the selling out and/or corruption of American public figures has become these days. In fact, it has become so much so that those involved in it can no longer see that they are just as big a part of the problem as those they may choose to vilify, as shown by this amazingly clueless quote from Jackson about Supreme Court Justice Clarance Thomas:


He (Jackson) compared his Django Unchained character, a villainous house slave, to black conservative Justice Clarence Thomas, saying that "I have the same moral compass as Clarence Thomas does".

No, Samuel, sadly it is not just your "Uncle Tom" character who has the "moral compass" of Clarance Thomas, but YOU as well. You and Thomas are part of the same massive hypocrisy, and are both useful "tools of the man" as you and your brethren no doubt put it back in the 1960s. And along with your esteemed governor, Jerry Brown, you are hardly alone.


Bonus: "The path of the righteous man is beset on all side by the inequities of the selfish and the tyrannies of evil men"