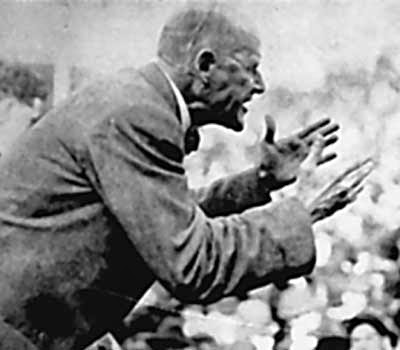 With all the ass kissing of veterans that goes on every November 11th, a tradition that has gotten particularly annoying in the wake of 9/11, it is worth remembering what the November 11th holiday is SUPPOSED to be remembering. Called "Remembrance Day" in the British Commonwealth, the holiday there pauses to reflect on the over 800,000 soldiers of Great Britain and her Empire who perished in what has to rank as mankind's most fruitless and futile war.

In America, where anything that's happened more than six months ago is considered ancient history, most people have a pretty dim awareness of the First World War, assuming they remember it at all. Go into any bookstore (if you can find one that's still open), and even with the recent "splurge" in publications about the war to commemorate the centennial of its outbreak in August 1914, the number of World War 2 books will still outnumber it on the shelves by at least 20 to 1. That's a shame for a lot of reasons, but particularly because it means that the MOST important historical event of the 20th century is far less well understood even by the tiny fraction of people in this monumentally stupid country who actually still read non-fiction.

In addition to arguably being the first war to feature death on an industrial scale (the last year of the American Civil War also has an argument in this area) it was also the first war to feature airplanes, tanks, massive starvation of civilians (largely in the old Ottoman Empire) and the world's first modern genocide (again, courtesy of the Ottomans). The war's end also redrew the map of the Middle East to the abomination that has led to so much subsequent misery and bloodshed as well as a hideously one-sided peace treaty that created the political conditions that would allow a thuggish young upstart named Adolf Hitler to eventually seize control of what had previously been one of Europe's most enlightened nations.

Taking things across the Atlantic, Woodrow Wilson's decision to plunge America into the European abyss not only tragically and needlessly wasted the lives of 117,000 young men, it also witnessed the unconstitutional political persecution and even imprisonment or deportation of antiwar leaders such as Socialist presidential candidate Eugene Debs, who correctly surmised that American involvement was first and foremost to protect the interest of big business in selling war material to Britain and France. It was, in fact, America's first neoliberal war--sold as a humanitarian mission (the "war to end all wars") while fattening the pockets of the wealthy benefactors of America' corrupt politicians. Worse yet, had America ultimately stayed out, World War 1 would have likely ended in a stalemate, which would have meant no Versailles Treaty, no "stab in the back," no Hitler rising to power and no World War 2, at least in the European theater.

But lastly, the First World War is an interesting study in just how far "leaders" of nations will go in slaughtering their citizens in order to maintain their power, as well as how far said citizens can be pushed while their fathers, brothers, uncles and nephews' lives are being fritted away by megalomaniacal and incompetent psychopaths. Yes, many French soldiers rose up against their officers in 1917, and in the same year a revolution finally brought down the pitiful Czar in Russia, finally taking that beleaguered country out of the war, but for the most part the young men of Europe and later America marched suicidally into blanket artillery and machine gun fire like lemmings drowning themselves in the sea while the civilians back home watched in horror but sat on their collective asses and effectively did nothing to stop it.

From this example come the lessons we should take to heart as the American empire lurches ever forward to its eventual collapse: 1). Don't ever underestimate the lengths the elites will go to in order to maintain their power, and 2). Don't ever overestimate the willingness of your fellow citizens consumers idiots to revolt against whatever their "leaders" who say they will do to "protect" the homeland and keep them safe.


Bonus: "It was dark all around...there was frost in the ground...when the tigers broke free"