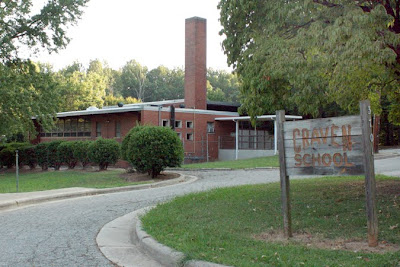 In my July 11th post from last year, "Why We’re Screwed (Part 1): Public Opinion Poll Regarding Entitlement Cuts" I asserted that as the American tax base continues to shrink, the various interest groups are going to find themselves engaged in a fierce struggle to maintain their share of the booty. So far, those clashes have not erupted into actual violence, but the tipping point could be drawing near, as demonstrated by this recent story from a local Dallas television station:


After a raucous meeting lasting more than four hours with police intervention, Dallas ISD trustees voted to close 11 elementary schools, which will result in 177 layoffs of full-time employees.


Ooh...grab the popcorn ma. This looks like it's gonna be GOOD.
"Wake up people; are you asleep? Are you sick? Or what?" Joyce Foreman, one of the first public speakers opposing school closures, asked board members.

Tempers were hot. Her speech could have foreshadowed what was to come.

"Treating teachers with respect is not that expensive. Do it!" said Bill Betzen, a former Dallas ISD teacher.

Actually, I beg to differ, Mr. Betzen. The full salary and benefits of 177 teachers are actually quite expensive in these tough economic times. Not that I'm at all happy to see these teachers lose their jobs. It's just that the money to pay them has to come from SOMEWHERE.

But it gets even better:


For more than an hour and a half speakers blasted the board until one, Joyce Foreman, questioned why several trustees weren’t even listening. They had left the room.

That’s when the situation spiraled south.

"Security, I would like you to escort Ms. Joyce Foreman out of this meeting right now," said DISD Board President Dr. Lew Blackburn.

A team of uniformed Dallas ISD police officers closed in on Foreman, who was standing at the microphone as the crowd erupted in protest.

"If you do not get quiet we will move this meeting down the hall and you will not be a part of it!" Blackburn said over the loud jeers.

"No Justice! No Peace!" Foreman yelled, holding her purse above her head as police pushed her back towards the door.

"Sir! You need to be quiet!" Blackburn said to someone in the commotion.

Seconds later, he suspended the meeting. "Trustees, we are moving down the hall!"

Trustees retreated to their smaller board room to continue the meeting away from the anger.

Cowards. If you can't stand the heat, then give up your cushy position. Yes, I realize the crowd was being unreasonable, and that the schools are facing tough budgetary times in this age of austerity. But if you can't handle the stress that comes with being the hatchet person, then GTFO already. It was the unrealistic promises made to people at all levels of society by hacks such as yourselves that created the massive sense of entitlement we have in this country in the first place.