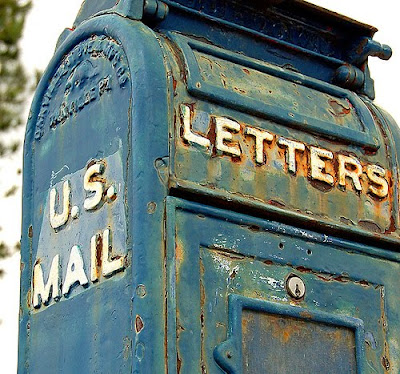 Long time readers know that I've been following the travails of the U.S. Postal Service for awhile, most recently in my July 23rd post, "Postal Workers Told: You Work in a Business, in Other Words: You're Fired," but today's proposed layoff announcement was a stunner. Here's Huffington Post:


The financially strapped U.S. Postal Service is considering cutting as many as 120,000 jobs.

Facing a second year of losses totaling $8 billion or more, the agency also wants to pull its workers out of the retirement and health benefits plans covering federal workers and set up its own benefit systems.

Congressional approval would be needed for either step and both could be expected to face severe opposition from postal unions which have contracts that ban layoffs.

If the postal unions really thinks Congress cares one whit that their contracts have layoff bans, then they really are not worthy to represent their membership. If it should come down to a choice of another costly bailout versus jettisoning those contracts, most Congresscritters, including Democrats, will throw them over the side faster than it takes for the ink to dry on a Wall Street fat cat's campaign contribution check.
Posted by Bill Hicks at 8:32 PM