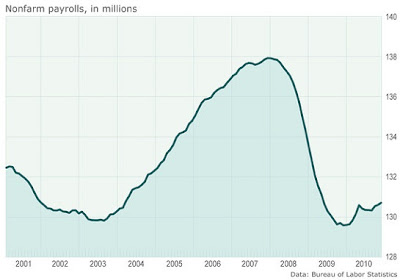 It was reported by Reuters on Tuesday that the delegates to a convention of the National Education Association voted overwhelmingly to endorse President Obama for re-election:


"President Barack Obama shares our vision for a stronger America," said Dennis Van Roekel, president of NEA. "He has never wavered from talking about the importance of education or his dedication to a vibrant middle class."

"The last two years of state legislatures and the mid-term elections were eye-opening, demonstrating what can happen when education legislation and decisions are left in the hands of politicians who do not support public schools," Van Roekel said.

The article goes on to say that one of the key factors in the NEA’s endorsement was the passage of the Education Jobs Bill in the summer of 2010 as part of Obama’s stimulus package. The bill provided $26 billion to state and local governments to prevent layoffs of employees, including teachers. Obama delivered the goodies, and bought himself the NEA’s endorsement in the process. Sounds like typical political wheeling and dealing, doesn’t it? In reality, however, the NEA received some pretty thin gruel in exchange for this endorsement.

Van Roekel’s puffed up rhetoric should be the first clue that this is a bad deal for the rank and file. Let’s start with the first paragraph. Other than plunging the nation even deeper into debt by recklessly throwing around a bunch of borrowed money, Obama has done exactly NOTHING to help education during his tenure. The sheer folly of Van Roekel’s words can be seen in the tens of thousands of layoff notices now being sent to teachers all across the country. The Detroit Public Schools, for example, recently sent such notices to EVERY employee on the payroll. Obama’s education money bomb merely amounted to a one year stay of execution for those teachers who were facing layoffs at this time last year. It did NOT fix the longer term problem of state government revenue shortfalls in any way.

As for Obama supposedly being dedicated to a vibrant middle class, here again his actual record is dismal. Most of the money from the larger stimulus package was used on “shovel ready” projects that did provide some jobs for a limited time (at a cost of over $200,000 per job if recent reports are to be believed), but primarily enriched government contractors. While still a Senator during the 2008 Presidential campaign, Obama voted for the $700 billion dollar bailout of the big banks and Wall Street that was in effect a massive transfer of wealth from working and middle classes taxpayers to the rich. He also doubled down on President Bush’s bad bet in Afghanistan, spending countless additional billions waging a pointless and utterly futile war.

On the home front, there are several million fewer jobs in America today than there was when Obama was inaugurated (see above chart). The average time unemployed workers stay jobless has during his term nearly doubled from the previous all time high set amid the early-1980s recession of Ronald Reagan and is now an astounding 40 weeks. Additionally, those fortunate enough to actually find work are taking jobs that pay 40% less on average than what they were making before. Claiming this dreary record is supportive of a vibrant middle class just demonstrates that Van Roekel is completely out of touch with the very real suffering being experienced by millions of his countrymen.

In the second paragraph of his statement, Van Roekel falls into the same old tired two-party system trap of asserting that just because one side is against you the other side must be with you. Earth to Van Roekel: the Democratic Party stopped being on the side of the unions a long, long time ago, in part because they know they can always count of the support of useful idiots like you no matter how many times they sell your membership down the river to please their corporate masters. I guess you’ve been too busy schmoozing to notice that the days of unbridled stimulus spending are over and “austerity” is now all the rage in Washington. There isn’t going to be another federal bailout of the state and local governments to save teacher jobs, and your membership is going to suffer greatly no matter WHO gets elected next time around. By endorsing Obama so freely and so easily, you have effectively ensured that he doesn’t have to lift a finger for teachers ever again. And rest assured he won’t.

The Center for Public Integrity reported in May that Van Roekel earned nearly $400,000 in total compensation during 2009. Thirty other officers and employees of the union made more than $200,000 that year. Public school teachers, by comparison, were paid a national average of $54,319. So what does it matter to Van Roekel how many of his union’s members get laid off over the next four years, just so long as he can keep the perquisites he receives from being the president of the teacher’s union—perquisites that will no doubt include a chance to mingle with Mr. Hopey-Changey himself at the Democratic convention?

A couple of weeks ago, I wrote a post about how the American Association of Retired Persons had thrown its membership under the bus by announcing it would be open to discussing the possibility of cuts in Social Security benefits. In that piece, I asserted that too many average people misguidedly place their trust in ossified and self-interested large institutions that they believe are still working on their behalf. Here is yet another example of that dynamic in action.

Sadly, we really ought to be well past the point where any union should be placing its faith in the Democratic Party. That they still do reflects just how corrupted by power the leadership has become, and just how distracted and bamboozled their membership is to keep voting for the same sell out “leaders” to represent them even as all of their historically hard fought gains in wages in benefits are being gradually taken back by the predatory capitalist elites.
Posted by Bill Hicks at 6:24 AM